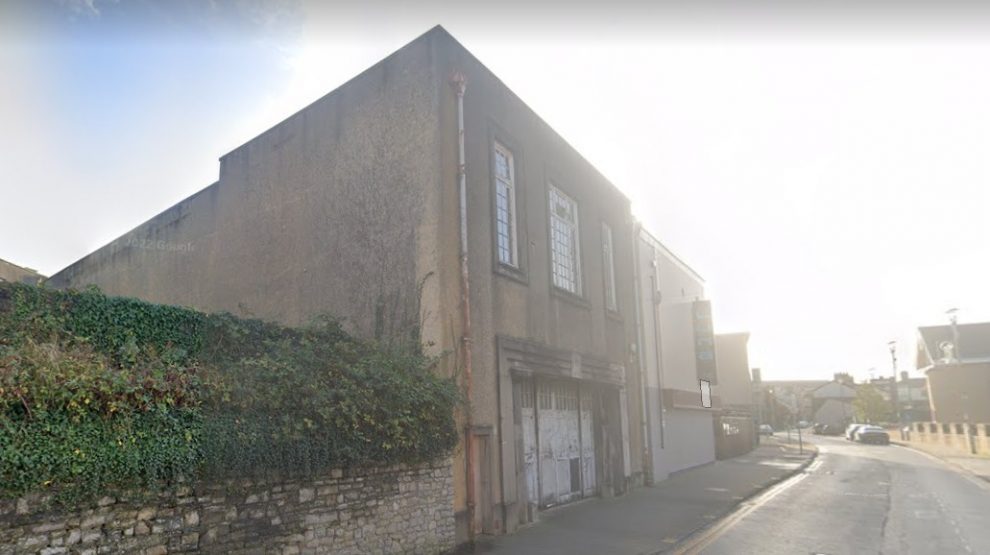 A PLANNING application to convert a former Fire Station and Post Office Depot in Bridgend  into a live music venue has been submitted to Bridgend County Borough Council.

The  Grade II listed property based on Derwen Road, Bridgend was constructed back in the 1930s and was previously used as a Fire station and later as a Post Office van depot, though has been left empty for around four decades.

The current proposals would see the site re-purposed with  a number of internal and external alterations, re-housing the popular Bridgend music venue Hobos, allowing them to move from their current location on Queen Street.

If given the go-ahead, plans would see the creation of a dance floor, bar, stage and toilets based on the ground floor of the venue, with access directly from Derwen Road, with neon lights on the front and side of the building.

The application also added that the proposed occupation as an events venue would not adversely affect the area, as it is an established ‘entertainment’ zone, with the nightclub ‘Luna Live Lounge’ directly next door.

The application read: “As the ‘Former Fire Station and Post Office van depot’ has been redundant and unused for such a significant period of time it is hoped the proposed works allow the building to be sympathetically brought back into use, and contribute to the town’s regeneration.
“Work is of a modest intervention to the original historic fabric, allowing sustainable current and future use.”