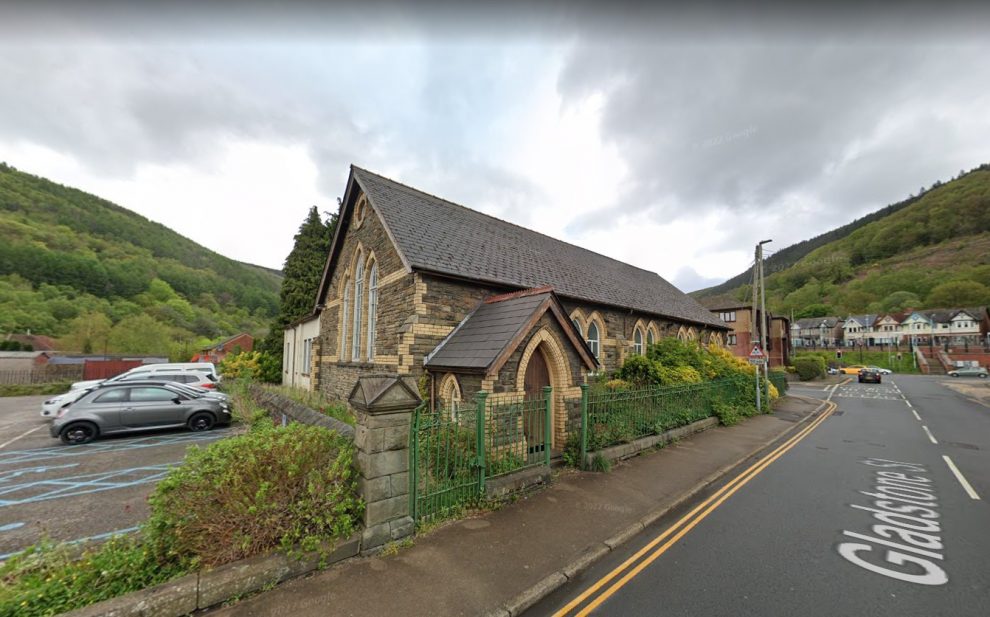 A CHURCH in Crosskeys has been saved from demolition after a planning application was refused by councillors.

Cardiff-based developer, Your Space Projects, wanted to build 16 affordable flats and a shop on the site of St Catherine’s Church.

But, on Wednesday, January 11, members of the council’s planning committee voted against the application for the church on Gladstone Street because there is no car parking proposed.

Councillors had previously deferred a decision on the plans due to parking concerns.

The church building closed in December 2017 and it is not a listed building, therefore it’s not protected. Before its closure, the church was used as a community centre.

Labour councillor Shane Williams criticised the fact that residents would have to rely on off-street parking and the proposed bike stands, if the development went ahead.

Cllr Williams, who represents Cefn Fforest, said: “The availability of on-street parking makes this a terrible decision to experiment a car-less development.”

Nelson councillor Brenda Miles also had concerns and said: “I can see it causing problems for local residents. We’re not quite there yet – it feels like to me – to wean people off their cars.”

A petition against the development has 185 signatures and the application itself received 24 objections.

The lack of car parking was justified by Asbri Planning in the design and access statement, stating the former church site is in a “sustainable location”, meaning it is close to public transport, shops and other facilities.

Planning services manager at the council, Ryan Thomas, said: “If you provide developments with acres of car parking, you’re not going to get people out of their cars.”

He added: “This will not be the last application we see with a car-less development.”

Cllr Elizabeth Aldworth, who represents Bedwas and Trethomas, said people were starting to give up their cars, because of the rising costs of fuel.

Chair of the planning committee, Cllr Roy Saralis, said: “We have to balance this with the huge demand we have with the need for additional housing.”

The refusal of the application was proposed by Cllr Andrew Whitcombe and was voted for by 11 members. Four members wanted to approve the application.