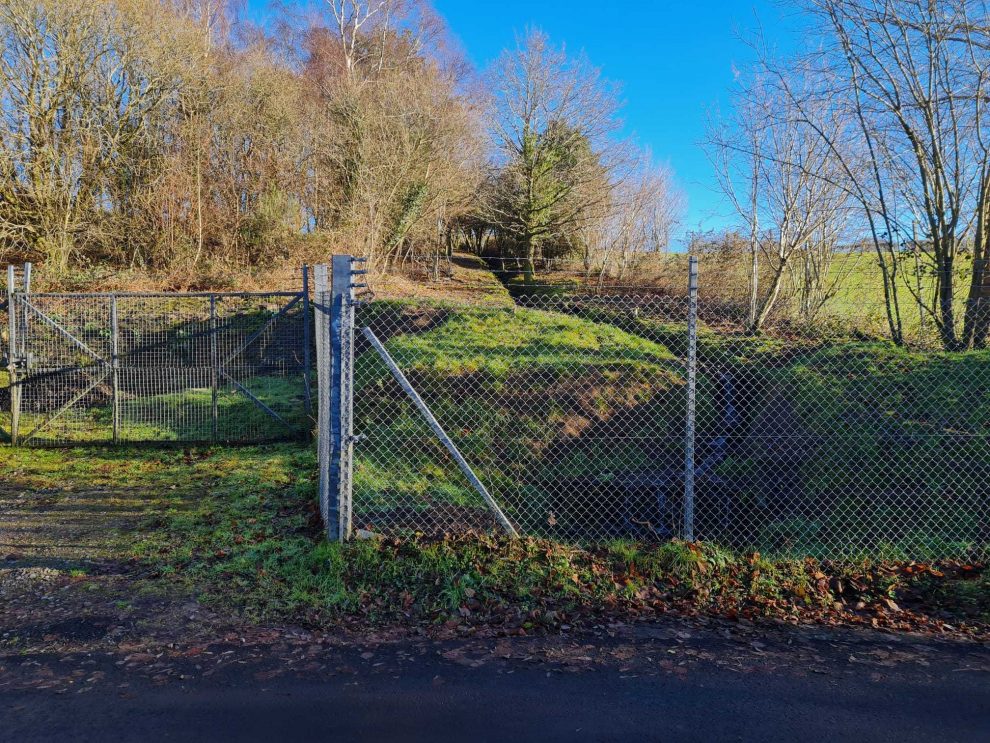 POSSIBLE contamination of a woodlands near Ty Llwyd Quarry is being investigated by Natural Resources Wales (NRW) and Caerphilly County Borough Council.

Some have described a “toxic smell” coming from the area and concerns have been raised by both Ynysddu councillors about pollution at the quarry.

In February, 2022 “historic pollution concerns” at the quarry, which runs past houses at Caerllwyn Terrace and Pontgam Terrace on its way to the Sirhowy river, were raised to the Welsh Government by former council leader Philippa Marsden and the chief executive Christina Harrhy.

Cllr Jan Jones, who represents Ynysddu, said the area was “stinking” of something similar to sulphur.

Fellow ward member, Cllr Janine Reed said: “There is a very strong chemical smell – the same as leachate from the quarry – in the woodland below the quarry, where there is a public footpath.

“I would welcome CCBC to test the soil in this area and explain why there are no boundary fences or signs warning people to keep away.”
Both the Independent councillors have asked Cllr Sean Morgan, leader of the council, to reinstate the Ty Llwyd Quarry committee and to involve them in a site meeting.

The council has said it is working alongside NRW to analyse samples from the quarry and surrounding “surface water”. Additionally, a meeting with both public bodies is to be held in February to discuss the issues.

A council spokesperson said: “CCBC has been monitoring the site over the Christmas period and we will continue to undertake daily monitoring.

“Contractors will be on site over the next few weeks to undertake improvement work to increase the capacity of a key drainage chamber and a meeting is also scheduled to take place between the council and NRW next month to consider next steps.

“Members of the public are reminded that the quarry is located on private land and they should stay away from the area in periods of heavy rainfall. The council is continually checking the site and will undertake sampling if we have any concerns.”

Cllr Jones has raised concerns that there is no signage around the quarry to warn people not to enter the site.

She added: “We have been asking for years why there aren’t any signs. There should be something there to say council property or dangerous toxic land.

“We have seen evidence of children playing near the quarry, which we really don’t want.”

Directors of Caerphilly Eco Hub, Lynn Gazal and Dr Khairy Gazal, visited the area this week, alongside Reverend Paul Cawthorne – who has been raising awareness about toxic chemical sites in Caerphilly county borough.

Rev Cawthorne said: “The smell was so choking it made me think I was going to be sick and I didn’t dare go near the overflow stream into the wood.”

Mrs Gazal described the smell as “hideous”, and added: “You feel like you’re going to faint. ”

A NRW spokesperson said the body was aware of concerns of a discharge in the Ynysddu area in Caerphilly.

They added: “An officer attended the site swiftly, along with an officer from Caerphilly County Borough Council to investigate. Samples were taken by NRW and will be analysed in due course.

“We will continue to liaise closely with CCBC whilst we await the results.

“Thank you to everyone who took the time to report this to us.”