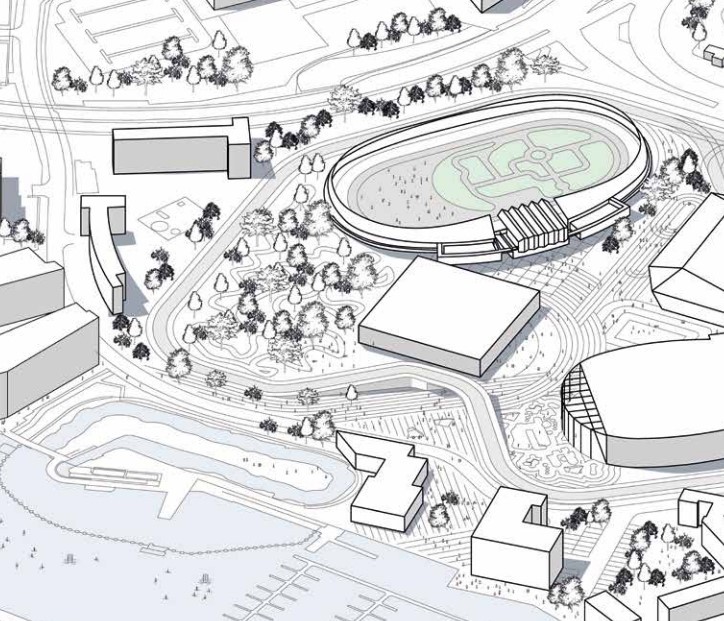 CARDIFF Council is looking to use money from its education department to help fund a new velodrome in the city.

Money from Cardiff Council’s education department which could be used to fund the new velodrome, planned for Cardiff’s International Sports Village down at the Bay, is linked to the proposed Cathays High School expansion.

One councillor said she would be “horrified” if this was to take place, adding that a school in her ward was in need of funding.

Cardiff Council ward member for Pentyrch and St Fagans, Cllr Catriona Brown-Reckless, said: “In my ward, Creigiau Primary School is in dire need with ageing portable classrooms that are miserable in winter and boiling in summer, but is being told they may have to wait for funding until after all their current pupils have outgrown primary.

“There are so many schools with desperate need.  There is already a new velodrome in Newport.

“Can they please tell Cardiff residents what this velodrome is going to cost to build, and cost to subsidise after it is built, and be transparent and tell us what emoney is coming out of the education department.”

The council’s cabinet member for investment and development, Cllr Russell Goodway, argued that a financial contribution from the education department to remove the current velodrome site at Maindy Park was necessary to facilitate the expansion of Cathays High School.

At a Cardiff Council economy and culture scrutiny committee meeting on Wednesday, January 18, Cllr Goodway said: “I think it is fair to say that we would not be building a new velodrome if it wasn’t for the fact that we are committed to building a replacement to Cathays High School and therefore the cost of replacing Cathays High School involves the cost of removing the velodrome elsewhere and finding another location.

“We are persuaded on that basis that it is appropriate for the schools organisational programme, in order to secure the development of the replacement Cathays High School,  to make a contribution towards the removal of the velodrome site because they need that site to accommodate the school.”

“The new Velodrome will be operated on a commercial basis by a private operator. A contribution towards the costs of building the new facility will be made by the council’s education department to compensate for the loss of the current track to enable the construction of an expanded Cathays High School, should that proposal be approved in due course.

“The revenue budget for education and schools is a separate funding stream which is reviewed on an annual basis as part of the council’s overall budget.”

There has been vocal opposition to the school expansion plans, with many residents concerned about the loss of green space at Maindy Park and its much-loved velodrome.

A proposed land swap, which would involve land at the park owned by the Maindy Park Trust being exchanged for land at Caedelyn Park, could prove pivotal to the future of the plans.

The independent Maindy Park Trust Advisory Committee will meet on Monday, January 23, to decide on a recommendation, which will be made to the council’s cabinet, on whether or not the land exchange should proceed.

The decision will still be subject to approval by the Charity Commission.