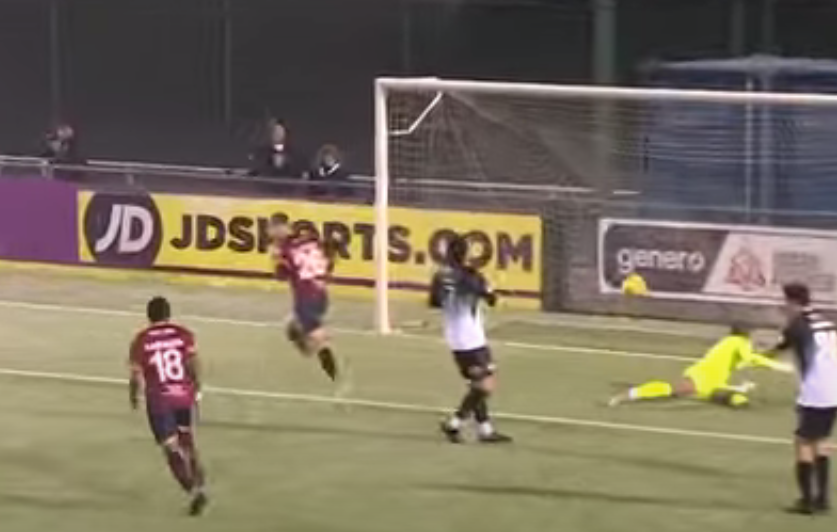 It was one of only two Cymru Premier games to be played with the rest falling victim to the cold weather with pitches freezing up and down the country.

In the ninth minute the Met were awarded a penalty after a foul by Rhys Abbruzzese. Lewis Rees sent Lee Idzi the wrong way to give the home side the lead.

The Bluebirds had a chance to hit back almost immediately but a free kick went over everyone and out for a goal kick.

Chris Baker then had a chance for Met but he fired over after the Bluebirds failed to clear a long throw. Rees was played in moments later but his shot hit the side netting.

Jordan Davies then sent a cross into the box but Ben Fawcett could not get on the end of it.

In the second half, there was a chance for Met’s Dixon Cabongo but his effort was blocked by Ioan Evans.

With fifteen minutes to go the Bluebirds appealed for a penalty but nothing was given by the referee.

There was a chance for Met’s Chris Craven as he controlled the ball well before firing a left footed shot towards goal but it was easily saved by Lee Idzi.

A minute later they had another chance as Idzi came out to clear the ball but he only played it into the feet of Cabongo. He could have lifted the ball into the empty net but chose to shoot low and his effort rolled wide.

With six minutes to go the ball was floated into the box and Iori Humphreys saw a header deflected just wide.

Rhys Abbruzzese then tried his luck but saw his shot fly over the bar.

In time added on, Met won the ball back in their own half and the ball was sent forward for Sam Jones who lifted the ball over the defender and into the box and he saw his shot saved but the ball fell back to him and he tapped in.

That sealed the win for Met and the three points sees them move up to third in the JD Cymru Premier table. Haverfordwest remain in eighth place.