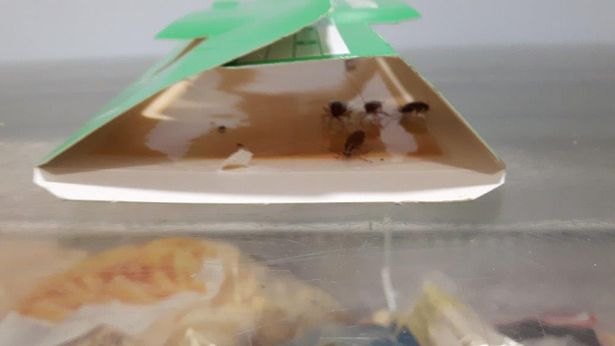 FOOD & HYGIENE officers from Cardiff council found both dead and alive Cockroaches in the kitchen and service area of the Flame Grillhouse in Clare Road, Cardiff.

Mohammed Hussain, owner of the establishment, had been informed by pest controllers that his business had to close immediately for the whole building to be deep cleaned but he failed to do so and carried on trading instead.

Customers were placed at risk of contracting E. coli, salmonella, and typhoid fever because of the cockroach infestation a sentencing hearing heard on Tuesday, May 4 at Cardiff Crown Court.

Nik Strobl prosecuting said: “There was evidence of full life cycle cockroach infestation at the business. There were live and dead cockroaches found at various stages of maturity.”

William Bebb defending said Hussain acknowledged that he was to blame for the cockroach infestation and that he wished to apologise to the court.

Judge Niclas Parry, whilst sentencing said: “There would have been a serious risk of public health. Salmonella, E. Coli and typhoid fever can all be caused when cockroaches and human consumption cross paths.

“The matter is aggravated by you paying lip service to your obligations and you ignoring more than one warning. You were aware there was an issue but you let it fester.”

Hussain was then sentenced to four months imprisonment suspended for 18 months. Hussain was also ordered by the court to carry out 80 hours of unpaid work and to pay £750 in court costs.

Jason Mohammad emphasises the importance of the Welsh language

Husband who stabbed wife in the back jailed

Charles meets young people who set up businesses during the pandemic