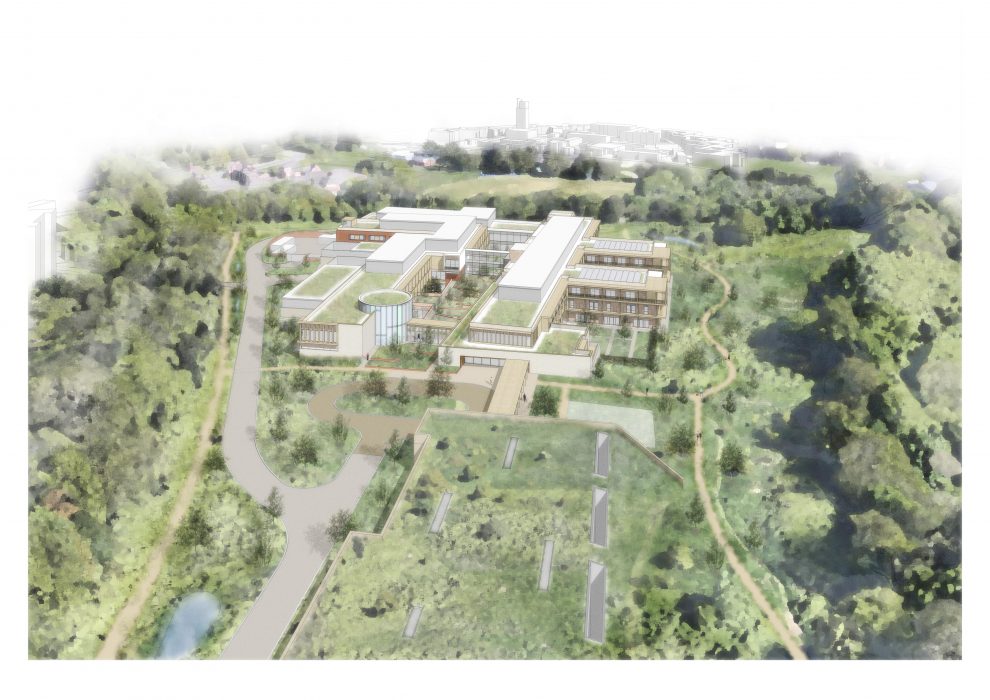 CARDIFF Council is set to approve plans to extend the use of a temporary construction access route to the controversial new Velindre Cancer Centre development.

Original permission for the construction route, which runs through the Whitchurch hospital site into the new Velindre Cancer Care Centre site, stipulated that its use would cease by 2024.

An application put in by the Velindre University NHS Trust is now proposing that the use of the route be extended until 2026, when construction works are now expected to be completed by.

The application also proposes a continued use of the construction access as a “permanent secondary emergency access” to the new cancer centre. This would be at a reduced width.

Calls were made in 2021 for the NHS trust to reconsider plans to build an emergency access route through the Hollybush Estate.

If the council’s planning committee approves these new plans, the secondary access bridge through the estate will no longer be built.

However, members of the public have voiced their concerns over the continued use of the route.

The council received 34 letters from residents, whose chief concerns included the loss of green space, the potential impact of the route on the Forest Farm nature reserve and the potential loss of sports pitches.

A council report on the NHS trust’s plans notes that the Glamorganshire Canal/Long Wood Site of Special Scientific Interest (SSSI) is within 60 metres of the construction route.

The report states there is a recognition that “during the construction phases there is high potential of a pollution incident which could have an effect upon the sensitivity of the SSSI”.

However, it adds that both Natural Resources Wales and the county ecologist believe this can be addressed through an Environmental Management Plan. Neither made an objection to the plans.

On concerns over the potential loss of sports pitches, council officers say the permanent, narrower access route will not be on any pitches.

Local ward councillors have also raised concerns about use of the construction access entrance and route during school hours, something for which there was an embargo.

The council said these embargo times, 8am to 9am and 2.30pm to 3.30pm were “voluntary” and not enforceable under a condition.
However, the council report acknowledged that a condition limiting access to the route for construction lorries during the school run hours is “necessary and reasonable”.

Cardiff Council’s planning committee will meet to make a decision on the plans on Thursday, January 12.