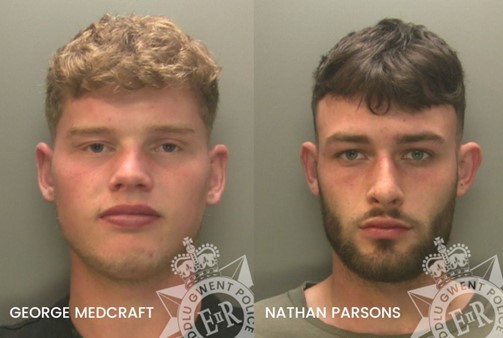 George Medcraft, 20, and Nathan Parsons, 19, both from the Cardiff area appeared at Cardiff Crown Court on Friday, January 6.

Medcraft pleaded guilty to being concerned in the supply of class A drugs – cocaine and crack cocaine. He received a sentence of five years and three months in prison.

Police Constable Rhys Jones, the officer in the case, said: “We’re pleased with the sentencing of both the individuals involved in this case.

“Both men were working to supply drugs between Cardiff and Caerphilly, targeting some of the most vulnerable communities in Gwent.

“Following their arrest, a phone was seized which contained videos of various amounts of drugs and cash, which were also seized.

“Illegal drugs have no place in our society, we will continue to target anyone involved in drug supply.

“They have now received a significant sentence and I hope this acts as a reminder to those tempted to engage in such criminality.”