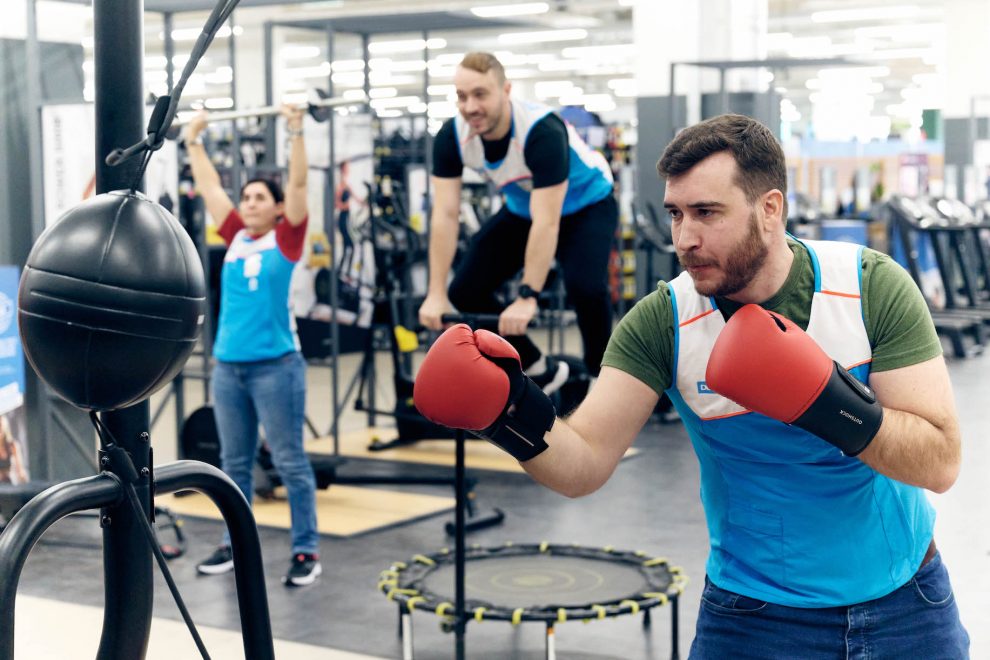 DECATHLON sports retailer launches a new workplace initiative to support employees’ minds and calls on other businesses to do the same for only 14% of people get to move regularly while at work and Two in five (39%) claim January is when they are most likely to struggle with mental wellbeing.

Decathlon has introduced ‘movement breaks’ to all 1,655 teammates (employees) in the UK to improve mental wellbeing during the difficult month of January and calls on other businesses to do the same.

Decathlon, the world’s largest sports retailer, has introduced the workplace initiative following new research that reveals two thirds (61 per cent) of working Brits believe that having time in their day to move would significantly improve their mood and performance at work.

Despite the positive effects, just 14 per cent say they regularly find the time to move at work, with a third (32%) revealing they rarely or never get to.

The scheme will take place in January, the month when two fifths (39 per cent) of people say they are more likely to struggle with mental health. This rises to more than half (55%) of those aged 18 to 34 years.

All 1,655 teammates based in the UK, from store colleagues to head office workers, are being encouraged to take ‘movement breaks’ every working day.

During this time, they are encouraged to get moving – brisk outdoor walks in the fresh air, yoga stretches or low impact bodyweight exercises as examples.

The employee scheme coincides with the retailer’s partnership with RED January, a nationwide campaign that empowers people to move every day for their mental wellbeing.

Research shows that over half (54% percent) of people who move regularly experience less stress and reduced signs of depressive symptoms.

Delphine Mazillier, Decathlon UK’s Head of CSR, said: “We understand that exercising either side of the working day can be an inconvenience, with the lack of daylight in the winter months seriously affecting peoples’ ability to safely exercise outdoors.

The solution is simple get moving while at work. We hope that by encouraging teammates to take 30 minutes out of their working day to ‘move for their mind’, it will benefit both their health and mental wellbeing.

We challenge other businesses to join us in helping employees to get moving for a more positive mind.”

Hannah Beecham MBE, Founder of RED January, said: “Year-on-year, hundreds of workplaces join RED January as a team to help bring everyone together with a common goal and support employees wellbeing at a time of year that can be challenging for many.

We’re proud to be in partnership with Decathlon UK, to help reach and empower more workplaces to move for their mental wellbeing this winter.”

To find out more about the Decathlon x RED January partnership visit www.decathlon.co.uk