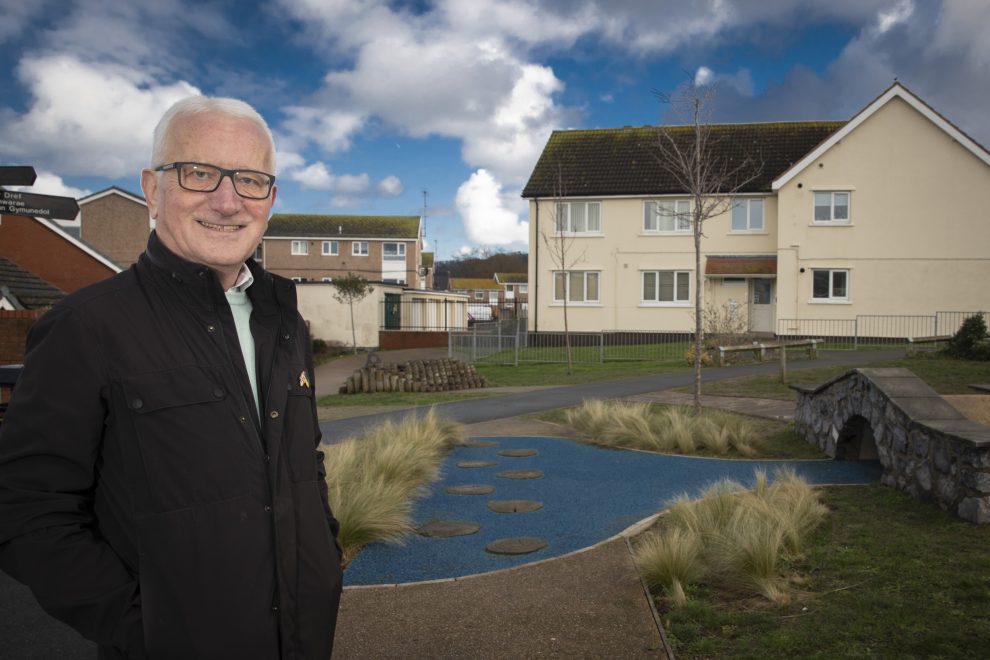 A “TRUELY INSPIRATIONSAL” former top airline executive has been recognised for his work with a housing association.

Bill Hunt, from Rhos-on-Sea, a tenant and vice chair of the Cartrefi Conwy board, has been named as a Future Generations Changemaker during a special ceremony at the Millennium Centre in Cardiff.

He was one of 100 people honoured as an “inspiring champion of change” by Sophie Howe who is stepping down after seven years as Wales’s Future Generations Commissioner.

The role was created as part of the Well-being of Future Generations Act that came into force in 2016, with the aim of making Wales a better place to live.

According to Bill, he was “hugely proud and privileged” to receive the accolade for his work with Cartrefi Conwy since joining the board in 2015..

He was particularly impressed by the ground-breaking work done by Cartrefi to regenerate the Peulwys estate above Llysfaen and the Tre Cwm Estate in Llandudno.

Massive upgrades were carried out on hundreds of homes on both estates while they also benefited from major environmental improvements.

Bill said: “I am really privileged to be part of Cartrefi Conwy because it is such an innovative, forward-thinking organisation. We are always ahead of the game and consistently looking at ways of doing things better.

“Already, new homes have been constructed at Glanrafon in Llanrwst and major estate regeneration works are nearing completion

“There are so many projects on the go and during the pandemic Cartrefi Conwy rose magnificently to the challenge. Within two weeks all the services were in place to carry on operating. Nobody suffered because of it. I was so impressed.”

Born and raised on a farm in the tiny village of Beausale in Warwickshire, Bill joined the travel industry after leaving school, initially with the Thomson organisation before climbing the corporate ladder and becoming the customer services and quality manager for leisure holidays at British Airways when it was the largest airline in the world.

At that time he was jetting off to different parts of the globe on average twice a week but it wasn’t as glamorous as it sounds and it eventually took a toll on his health, leading to lower back and leg problems.

He said: “I was based in the London office or Gatwick Airport and most of the time just travelled literally all over the world, mostly long haul flights, with just one or two days in a destination.

“It was a fabulous life and learning experience but jet lag was very much an occupational hazard and when I left the travel industry in early 2000 I went into the hospitality industry and was taken on as the front of house manager at the Groes Inn in the Conwy Valley and I was there for five or six years.”

But his physical condition was still in a bad way to the point where he was having to use a stick to walk.

Rather than undergoing surgery, a consultant pointed him in the direction of the National Exercise Referral Scheme at Eirias Park and they developed an exercise regime that has worked wonders.

He said: “In the space of three to four months they literally turned my life around. It’s all about individual treatment for individual people so I went through it successfully and I still go to the gym quite frequently.

“They asked me to become an ambassador for the scheme and they asked me to take part in a presentation at the Auditor General’s conference in Cardiff which Sophie Howe was co-hosting.

“I took part in a question and answer session on stage with BBC television news presenter Sian Lloyd and as I was leaving Sophie came running across calling my name and said my interview was one of the most impactful parts of the whole day and that she had seen five people crying and that she was one of them.”

He added: “The regeneration of the Peulwys and Tre Cwm estates was right up her street.

“Sophie came up at my suggestion to officially open the Tre Cwm estate after the £4 million project was completed.

“She said that if she could bottle what Cartrefi Conwy had done there, Wales would be a much better place.

“We are ahead of the game and it makes me so proud to be part of creating an eco-friendly future. This is so in line with Sophie’s own aims and ambition for Wales. She really is a shining light whom I admire so very much.

“We are really ahead of the game and it makes me so proud in creating an eco-friendly future.”

Cartrefi Conwy managing director Katie Clubb said: “Bill is a remarkable and truly inspirational man and we are lucky to have him as a key member of our board.

“His expertise in customer service has been invaluable. While the quality of the bricks and mortar will always be important, we are essentially a people business.

“Our mission is to improve the quality of life of our tenants and create communities to be proud of and Bill has played and continues to play an important role as a real life champion of the people.” 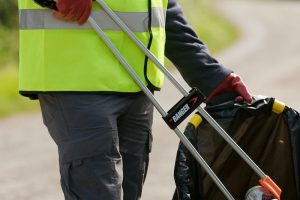