Major boost to Welsh economy as A4119 upgrades start construction 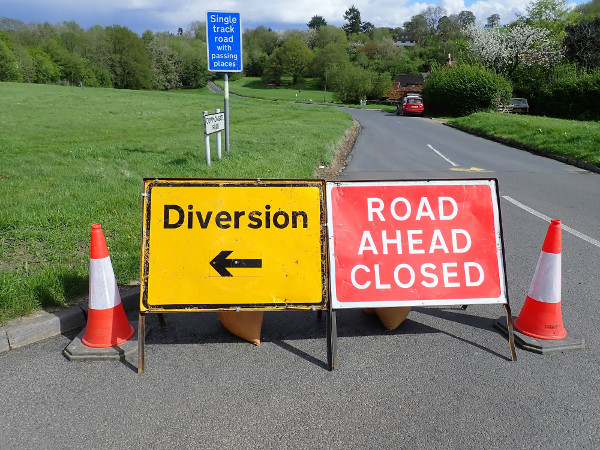 RHONDDA Cynon Taf residents are set to benefit from a £30 million boost to the local economy as works to provide major upgrades to the A4119 start today (August 15).

The scheme – backed by over £11 million from the UK Government’s Levelling Up Fund – will create a dual carriageway along a 1.5km route from South Wales Fire and Rescue Service Headquarters Roundabout to the Coed-Ely Roundabout.

The road is a vital link to the M4 and the Rhondda Valleys, but currently overcapacity and congested, slowing down residents travelling to work and visiting family and friends. The new scheme is set to reduce average travel time along the A4119 between YnysMaerdy and Coedely by over five minutes – a reduction of over 60%.

Planned works are also expected to support the creation of thousands of new jobs by improving access to Cardiff and key development sites such as the Llantrisant Business Park, and generate an estimated £30 million for the local community, as the Government continues to boost local economies across the UK and deliver better journeys for millions of people nationwide.

A new route for pedestrians and cyclists will also be built along the west of the carriageway, from Coed-Ely Roundabout to Llantrisant Business Park, as well as a brand-new bridge south of Coed-Eely roundabout, encouraging more commuters to choose to walk or cycle. This comes as the UK Government goes further and faster than ever to make cycling safer, invest in new cycle paths and work with councils to deliver first-rate cycle schemes available to all.

The new features are designed to improve air quality and reduce congestion for the community, as well as those who rely on the vital route for connection to Cardiff and the rest of South Wales.

Roads Minister Baroness Vere said: “Local schemes like this will transform journeys for communities and bring many benefits, from easing congestion and improving air quality, to improving access to employment opportunities and boosting the local economy.

“The £11.4 million we provided for the A4119 will future-proof connections to South Wales and the Rhondda Valleys for years to come.”

£11.4 million of the scheme’s total cost has come from the Government’s £4.8 billion Levelling Up Fund to improve everyday life across the UK, as announced by the Chancellor at Budget.

The Fund empowers communities by putting money directly into the hands of councils, and in Northern Ireland to a range of public and private organisations, to invest in projects which give people pride in the places where they live.

Secretary of State for Levelling Up Greg Clark said: “Our Levelling Up agenda is all about ensuring communities are better connected and people up and down the country have equal access to opportunities.

“The new A4119 in Wales will boost the local economy, create jobs and improve local infrastructure for the people of Wales, demonstrating levelling up in action and making a sustainable difference for years to come. I am proud that almost half of this funding has been provided by our Levelling Up Fund.”

Secretary of State for Wales Robert Buckland said: “The UK Government is focused on levelling up our communities, boosting the economy and increasing opportunity for people right across Wales.

“We have recently provided funding for more than 150 fantastic projects the length and breadth of the country, including this much-needed dual carriageway in the heart of South Wales, to help unlock the potential of all our local areas.

“We will continue to provide investment where it’s needed and where it can make a real difference to people’s lives.”

“It will unlock the former colliery site, Parc Coed-elái, which is the location of the Council’s new modern business unit, with the wider site being developed by Welsh Government. The scheme will also improve active travel provision for the local community at Coed Ely”.

Welsh Cobs return to the farmyard at Llanerchaeron

Most stupid and inappropriate calls to the Welsh Ambulance Service revealed