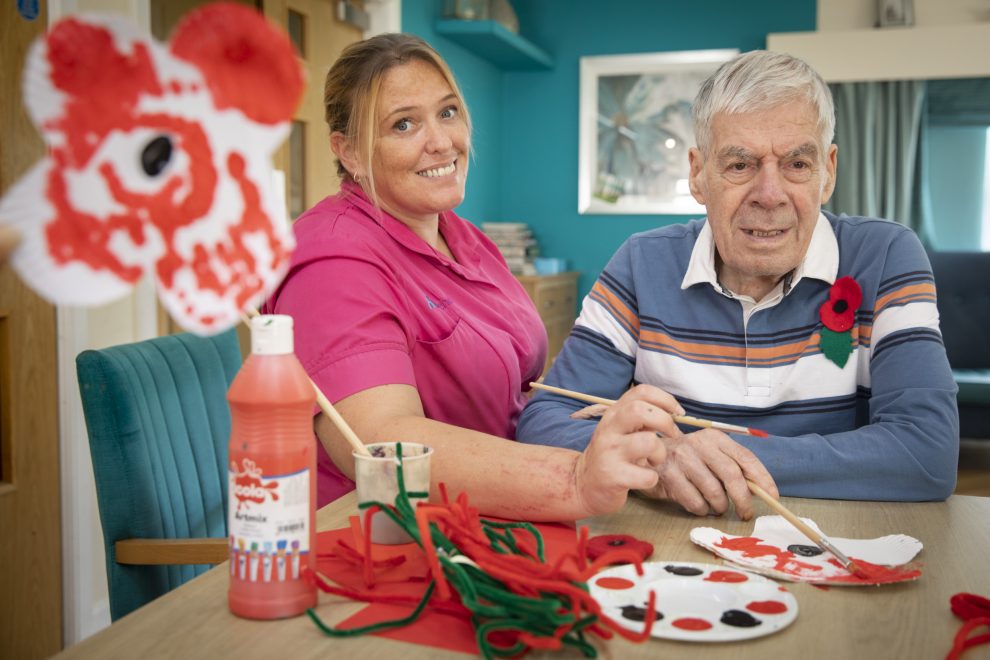 The family of atomic bomb test veteran Stanley Craig have welcomed news that a special medal is to be awarded to those who served in the South Pacific.

Prime Minister Rishi Sunak said the new medal is to honour the “significant contribution of veterans and civilian staff from across the Commonwealth, who participated in Britain’s nuclear testing programme”.

Mr Craig, from Caernarfon, suffered from cancer after being used by the British authorities as a human guinea pig for the effects of radiation from hydrogen bombs detonated in the region during the late 1950s.

As a 24-year-old soldier with the Royal Engineers in 1958, Stanley was on Christmas Island, now known as Kirimati in the Gilbert and Ellice islands, while the thermonuclear device was dropped from a Valiant bomber only 20 miles away.

Stanley, now 89, lives in Pendine Park’s Bryn Seiont Newydd care home on the outskirts of Caernarfon and he and his family were unaware the announcement was to be made by Mr Sunak.

The announcement has also been welcomed at Bryn Seiont where Mr Craig is popular with staff and fellow residents alike.

Just a few weeks ago, he was leading the preparations for Remembrance Sunday at Bryn Seiont, helping to make and paint poppies.

His son Gerald said: “It is high time the veterans get this recognition. They have been ignored for far too long and for many it is too late as they have passed away.”

Gerald said his father would sometimes speak of his experiences during those tests.
“He joined the Royal Engineers as a young man and was one of hundreds of men posted to Christmas Island. We have pictures of him at work on the island doing construction work prior to one of the tests.

“Just before the bomb was detonated the men were told to turn their backs and shield their eyes with their hands. He said there was a bright flash and a very loud bang. The flash was so bright he could see the bones in his hands.

“He enjoyed his time on the island, it was an adventure for a young man but little did he know what would happen to him later. He suffered from lymphoma but he got through that after an operation,” he said.

Gerald said the family will be making an application for the Nuclear Test Medal for Stanley when the scheme is formally launched next spring.

Speaking at the National Memorial National Arboretum in Staffordshire Mr Sunak said: “I am incredibly proud that we are able to mark the service and dedication of our nuclear test veterans with this new medal.

“Their commitment and service has preserved peace for the past 70 years, and it is only right their contribution to our safety, freedom and way of life is appropriately recognised with this honour.

“This medal is an enduring symbol of our country’s gratitude to each and every person who played a part in this effort and their loved ones who supported them.”

Mr Craig was one of a group of South Pacific veterans who unsuccessfully tried to claim compensation from the Government for the effects of radiation from the tests.

“They felt they were entitled to some form of compensation for what they went through, especially after other military personnel from other countries who were also there got compensation.

“They were unsuccessful because they were said to be out of time,” said Gerald.
The Nuclear Test Medal will be a commemorative medal that can be worn by recipients. It is estimated that around 22,000 veterans will be eligible for medallic recognition.

The medal can be awarded posthumously. Veterans, their families and next of kin will need to apply for the medal, which will be free of charge. It is expected that the first awards of the medals will be made in 2023.

To further recognise the contribution of veterans of Britain’s nuclear tests, the government is investing £450,000 into projects which will commemorate and build further understanding of the experiences of veterans who were deployed to Australia and the Pacific.

Originally from Dundee in Scotland Stanley was sent to Llanberis in early 1958 to help build pontoons on Llyn Padarn for the rowing events during the Empire Games which were mostly held in Cardiff.

It was during this time that he met Audrey who he later married and they had two sons, Gerald and Andrew. She joined him on some overseas postings including one to Kenya.

After leaving the Army Stanley and Audrey returned to Caernarfon where he had a variety of jobs including building houses in Felinheli and Caernarfon and as a milkman. He was known as Jock the Milk while he did that.

He was the landlord of several pubs in Caernarfon including the Morgan Lloyd and the Anglesey Arms and was publican at the Harp for 15 years.

Bryn Seiont Newydd manager Sandra Evans was delighted to hear the news.
“He proudly served his country and went to the South Pacific at a time when little was known about the effects of nuclear explosions.

“When the medal is awarded to him I’m sure he will wear it with pride and we, everyone at Bryn Seiont Newydd will join him and celebrate his military service.”