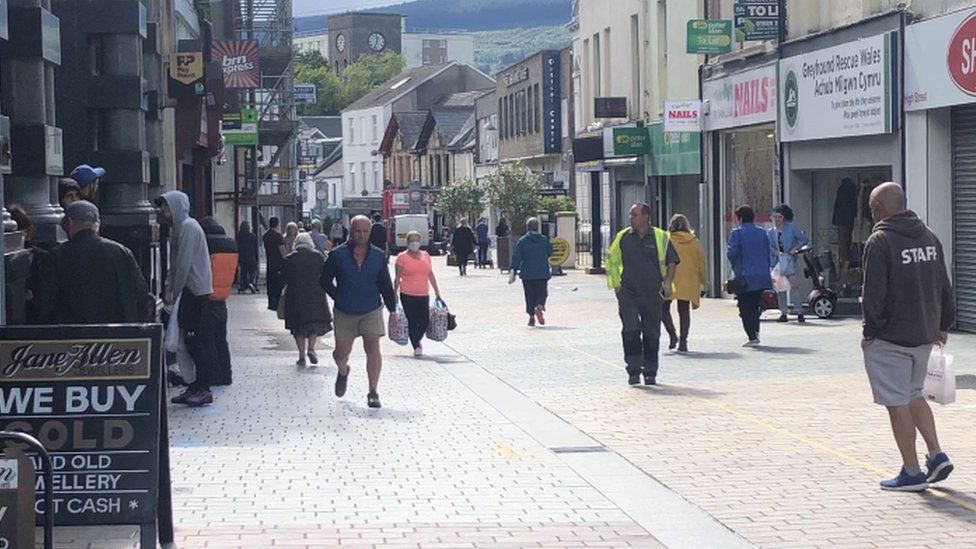 THE UK Government has announced a civic honours competition as part of The Queen’s Platinum Jubilee celebrations.

Her Majesty The Queen will be the first British monarch to have reached 70 years on the throne. The Platinum Jubilee celebrations will reflect on Her Majesty’s reign, and her impact on the UK and the world since 1952.

The celebration includes a competition for city status, which any local authority in any part of the country is welcome to enter.

The applications must only be submitted by an elected local authority for its entire area, or for a distinct area within its boundary.

Merthyr Tydfil says it has been working hard to prepare the application for the competition, and that there was a presentation held at full council on September 8. The councillors have agreed to the proposed bid.

The bid is being backed by local MP Gerald Jones who says he feels as though the time is right to recognise the area’s unique history.

He said: “There’s so much to be proud of here in Merthyr Tydfil. Whether it’s the town’s history as the cradle of the Industrial Revolution, the birthplace of the world’s first railway steam locomotive or the constituency of the first ever Labour MP, Keir Hardie.

“As we look forward to celebrating the Queen’s Platinum Jubilee, we remember the Royal Family’s long connection with the borough. From the visit of King Edward VIII in 1936, to the numerous visits from HRH Prince Charles and The Duchess of Cornwall to the Queen’s long-standing and very personal connection with Aberfan.

“Conferring city status upon Merthyr Tydfil would be a fitting tribute to the town’s history and role in creating the world as well as reflecting its place in modern Wales.

Leader of the council, Lisa Mytton has said: “There is so much to be proud of here in Merthyr Tydfil as well as us being at the geographical heart of the Valleys.

“Fantastic news that the local MP Gerald Jones is backing our campaign to achieve city status and we will be approaching many others to ask for their support.”

“Further information on how you can support this campaign will follow in due course.

“Merthyr Tydfil deserves this, so let’s work together as a united front to achieve city status for our town.”