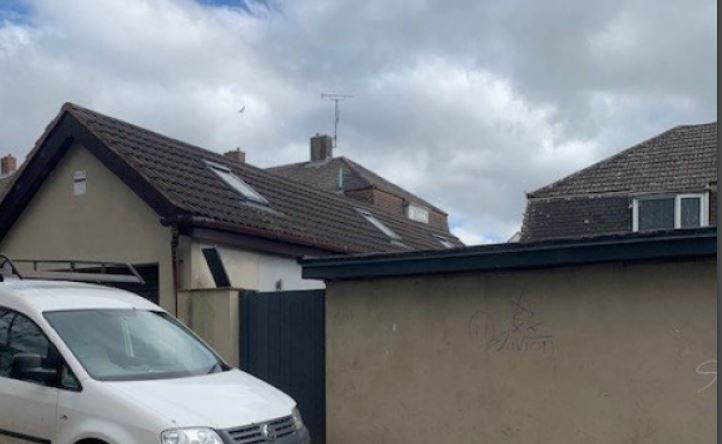 AN “IMPOSING” garage may have to be torn down after a householder lost an appeal against a refusal of planning permission.

Steve Bull has already built the garage which measures 5.723 metres to its highest point – the ridge of its pitched roof – and is 6.4m wide and seven metres long at the back of his house on Old Barn Way, Abergavenny.

Monmouthshire council planning officers had recommended the application be approved after Mr Bull agreed to reduce the height by 0.46m, but that wasn’t acceptable to the planning committee, which met in July last year, and voted to refuse the application.

Councillors said the garage was too big due to its “scale and mass”.

Mr Bull appealed to Planning and Environment Decisions Wales but an independent inspector has sided with the planning committee.
Richard Duggan, who visited the garage that has a steeply pitched slate roof, with two roof lights and a storage area within its roof space, said he found it out of keeping with the neighbourhood with no other buildings of its side along the rear lane.

He noted a double garage, approved in 2019, was four metres to the ridge, “significantly below the proposed revised height of the appeal garage”.

The inspector wrote: “I consider that the scale of the garage would seriously undermine the character and appearance of this pleasant residential area and cause significant harm to the street scene.”

He also said he agreed with neighbours that “the garage has an overbearing impact on their properties and negatively impacts on their living conditions”.

In his report Mr Duggan acknowledged the garage has been built with a “high quality finish with complimentary natural materials” but said this couldn’t override the concerns over its size and impact. He also said he accepted the garage provided additional security for a van and other items stored in it.