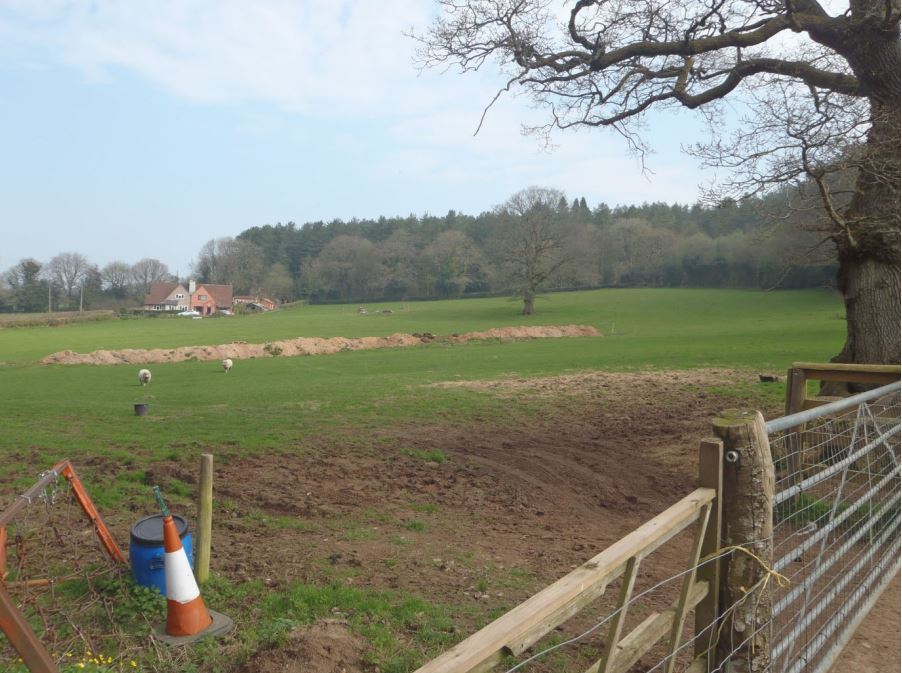 A COUPLE who hoped to live in an earth shelter they planned to build in an agricultural field in an area of Outstanding Natural Beauty have had their hopes dashed at an appeal.
The earth shelter with a 19 metre wide glass frontage would have been built into the gently sloping field, with a “grazing terrace” for sheep above it, south of Trellech.
Brian and Rosemary Kedward, who work in forestry and a local school as well as running a small holding, had taken their case for the self-build home in the field currently used for grazing to appeal as Monmouthshire County Council failed to decided their planning application within the required timeframe.
Independent planning inspector Declan Beggan, appointed by Planning and Environment Decisions Wales, heard the appeal at which a statement of common ground, setting out issue of agreement between the Kedwards and the council, was dismissed as officers refused to sign it, saying it contained “little that they could agree with”.
Mr Beggan said the field’s location, around one kilometer – or just over half a mile – from Trellech, meant it was in the open countryside where there is a presumption against development. The site is also within the Wye Valley Area of Outstanding Natural Beauty.
The Kedwards argued the field is within the settlement of Cotland/Beacon, where it was acknowledged by the inspector “there is a loose collection of properties”, but he said they do not form a settlement recognised by Monmouthshire’s planning policy.
The couple said living in the field would allow them to care for their livestock but Mr Beggan said he could see “no reason why such care cannot be provided from their existing dwelling which is only a mile from the site”.
He said such arrangements aren’t uncommon and the couple had given “no compelling reason” for him to think they couldn’t.
At the hearing Mr Kedward confirmed the application wasn’t on the grounds of a rural exception, for a rural enterprise, or a ‘one planet development’ that allows eco friendly homes tied to living off the land, or for an affordable home or that it was adjoining a settlement boundary.
As a result the inspector said: “It must therefore follow that the proposal runs contrary to local planning policy that seeks to restrain development outside of settlement boundaries in the broad interests of sustainable development.”
He also said the house, and its chimney that would rise from the ground, would be out of place in the protected area, saying “it would form a conspicuous jarring visual feature within the field and within the landscape, particularly so when viewed from Beacon Road and the road further south, to the detriment of the visual amenity of the area.”
The giant glass front would also “draw the eye… even more so in the hours of darkness when it would be subject to internal lighting” while items such as cars and washing lines “would only exacerbate the visual intrusion within the countryside”.
The appeal was also dismissed as the land is considered “best and most versatile” land which should be protected for agricultural use.