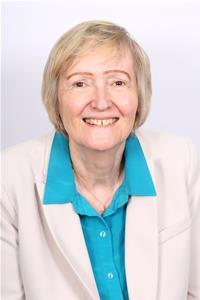 MALE and female signs should be removed from toilets to make facilities “gender neutral” a councillor has suggested.

Green Party councillor Ian Chandler, who is Monmouthshire County Council’s first-ever LGBTQ+ champion with responsibility for representing the “rights and interests” of the community, has called for the authority to start thinking about how it could have facilities that are accessible to people of all gender identities.

He said: “There should be some consideration of making some toilets, or the feasibility, if it is safe and practical, of exploring having gender-neutral toilets and so that people feel safe using toilets.”

The Llantilio Crossenny councillor was speaking at a council scrutiny committee which was reviewing an update to the local toilet strategy which must be submitted to the Welsh Government.

Cllr Chandler said he noted there was “no mention” of those who have undergone gender reassignment in the integrated impact assessment which considers the likely outcomes of council policy or action.

But Conservative Louise Brown said there could be locations where women would fear having to share a toilet with men.

The Shirenewton councillor said she would be concerned if all toilets were to be gender neutral: “You often have lone females in areas like car parks or bus stops that may feel it is a safety issue having to go to the toilet on their own and it is shared with males as well as females. Any change would need a full public consultation.”

Cllr Brown added that when the issue was raised in the pre-committee discussion there was a suggestion of separate entrances which she said would “have quite a resource implication”.

The committee was told there are 18 public toilet blocks across the county, half of which are now the responsibility of town and community councils, while toilets are also available to the public in the council’s four leisure centres.

Mr Jones said supermarkets and many pubs, including JD Wetherspoon, are also “quite happy for the public to use their toilets, they don’t have to be paying customers, but they do not want to put up toilet signs.”

The strategy will also consider, said Mr Jones, whether the council can provide “changing spaces” toilets for those with greater disabilities who require larger facilities where they can be changed. He said the Bridges Centre, in Monmouth, already has a changing spaces toilet.

Cllr Chandler said he also wanted assurance that both male and female toilets have baby changing facilities, which Mr Jones said is a Welsh Governmnent requirement, and said the strategy should have a “stronger word than consider” for the changing spaces toilets. He suggested the council should commit to “exlporing” the option.

He also said he was concerned a user survey showed 67 per cent considered disabled toilets to be inadequate and wanted to know if the responses to the survey could be broken down by age and sex.

Monmouth independent councillor Emma Bryn said she would like the council to consider simple adaptations to make toilets “Stoma Friendly” such as hooks on doors and mirrors.

Cllr Sara Burch, the Labour cabinet member for communities, said it was “very important” to meet health needs and that making toilets more accessible for those who use a stoma is something the council should look at.

She also said she agreed that toilet provision is important to tourism but the council doesn’t have the money to build new facilities in areas without them.

Cllr Richard John, Conservative for Mitchell Troy and Trellech, said he welcomed that the strategy recognised there should be public toilets at the Severn Tunnel railway station and that is being considered by Transport for Wales.

Cllr John said the station needs “appropriate toilets” if it is to be a central part of transport plans.