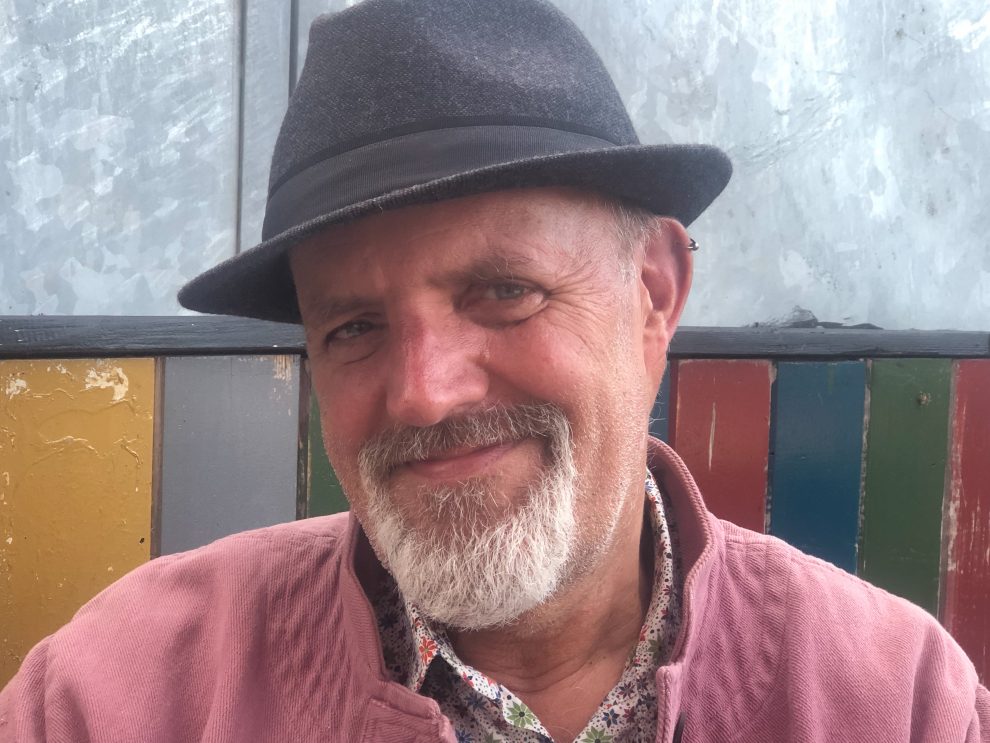 A NON-BINARY councillor has spoken of agonising over their gender identity and pride at taking on a role championing the LGBTQ+ community.

Cllr Ian Chandler, who is 64, said they started to question their identity while still a teenager but didn’t have the “bravery” during the early 1970s to be open about gender.

But the Green Party Monmouthshire County Council member said they had been encouraged by progress over the past 50 years and is now looking forward to making a contribution on behalf of residents of Monmouthshire and the local authority’s staff as the county council’s first LGBTQ+ champion.

Cllr Chandler told colleagues: “I agonised for many years about how public to be about being non-binary, about my ‘failure’ as it felt in society’s terms to live up to what it meant to be, a man. Not adopting those attitudes, and those behaviours, and those expressions that I felt were wanted of me and expected of me.

“But eventually I felt I needed to align my inner feelings with my outward identity and to stand up and be counted alongside other LGBTQ+ people to give more visibility to someone who is in a moderately public place and to provide more shelter for them, more acceptance, more recognition that people like me exist and that we play a valid role in society.”

Cllr Chandler, who represents the rural Llantilio Crossenny ward, told the Local Democracy Reporting Service they “came out” publicly a year ago, shortly before their election to the county council in May, but “I was ‘out’ to my family long before then”.

During the council meeting the councillor said: “It was about 50 years ago as a teenager that I started to question my identity, but this was a time of great prejudice and hostility to anyone who was gay or who didn’t conform to any narrow expectations of behaviour and gender expression. I salute those who came out in those dangerous times and who have fought for equality over the years, I did not have their level of bravery at that time.”

They acknowledge “huge steps forward in both the law and in social attitudes” over the past 50 years and added: “But – and there is a big but – we still face a number of serious challenges. LGBTQ+ people in the UK still face serious discrimination when accessing public services, when they are at work and in education.”

They said ongoing arguments over the UK Government’s objection to the Scottish gender recognition bill had resulted in “hate speech” on social media.

“The impact on LGBTQ+ people of these, and many other, forms of discrimination and hate are long-lasting and deep felt they breed fear, they impact on our ability to play a full role in society, to go out and to be normal people, particularly in the evenings in social settings and in all other walks of life,” they said.

“But it also means that those who are exploring their identity they fear to be open about who they are and suppress it and all of the impacts about that suppression and who you really are means to people in terms of their mental health and their ability to function and I’ve experienced that.”

The councillor said the role will develop over time but they are keen to hear from residents across the county and staff and said: “I’m delighted to take on this role of member champion for the LGBT+ community, a community that has suffered more oppression, more hate crimes than any others.

“I’m talking about the LGBTQ+ community both residents in the county, but also staff in the council. I will be their voice and I will attempt, as best as I’m able to, represent them, both in this chamber but also out in society at large.”

Cllr Chandler had accepted the champion post from the council’s Labour leader Mary Ann Brocklesby in December and the appointment was ratified by the full council at its January meeting, though one councillor said she did not support a dedicated champion which she feared would be at the expense of others protected by equalities legislation.

There was also criticism of how the appointment had been made, and announced via a press release on December 9, rather than being an appointment of the full council and with others having had the opportunity to be nominated for the role.

Cllr Chandler said they realised there would be “some discussion” about the process of the appointment and said they “would actively wholeheartedly support” the cabinet’s intention to appoint champions for other groups.

During the meeting Conservative councillor for Shirenewton, Louise Brown, said it was “not appropriate” for an analogy to be drawn with the council’s existing Armed Forces Champion post as “public services need to consider all protected characteristics and not elevate one particular characteristic to a champion.”

She said the council was “elevating one equalities strand above others”.

She also asked that the vote to ratify Cllr Chandler’s appointment as LGBTQ+ champion be taken separately to four other standard appointments to outside bodies and council committees.

Council chair, Laura Wright, said she would do that, which enraged cabinet member Rachel Garrick.

The Labour councillor for Caldicot Castle said, as a “queer and disabled member of the administration”, she supported Cllr Chandler’s appointment and said the vote should be taken as one: “I strongly, completely and utterly oppose the othering of this single appointment in a vote and request we take it as one rather than pandering to those seeking to make the representation of sexuality and gender identity a single vote issue.”

Two votes were taken and Cllr Chandler’s appointment was ratified in a single vote after the appointments of councillors Armand Watts (Labour) and Penny Jones (Conservative) to the Gwent Public Service Board were approved alongside the appointments of independent members Richard Stow and Rhodri Guest to the council’s own standards and audit committees.