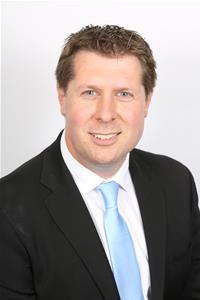 A COUNCIL budget proposing more than £11 million in cuts and savings is targeting children and vulnerable people, opposition councillors have claimed.
Monmouthshire County Council has also been warned it risks becoming insolvent if the proposals unveiled this week by the minority Labour administration cannot get majority support in the council chamber.
Conservative opposition leader Richard John said the Labour cabinet, which came to power at last May’s local elections, is running too tight a timetable for it to make amendments that may be necessary in the face of a combined opposition.
Cllr John, who had lead the authority before the Tories were deposed, said the full council meeting scheduled for March 9, where the budget will be presented for approval, is too close to the deadline for preparing council tax demands.
He said: “The legal deadline for local authorities to approve a budget is March 11.  If the council hasn’t set a budget by then, it cannot send out council tax bills, as there’s a three-week lead in time. Officers would have to place an instant ban on all non-essential spend and the council would risk becoming insolvent.”
Cllr John said he raised the timetable with the cabinet before Christmas and warned as Labour holds just 22 of the 46 seats in the chamber it cannot assume its budget will get through.
He said: “The administration is in a minority and cannot assume its budget will pass on the first attempt. I think it’s reckless and arrogant to stick to the timetable they set out in November, especially with such controversial budget proposals.”
The Mitchell Troy and Trellech councillor said he objects to the budget as it targets children for cuts.
He said: “This budget disproportionately impacts on our youngest residents with a doubling in the charges for school breakfast clubs, cuts to school transport, school balances projected to fall by over two thirds, a 50 per cent cut in funding for library books, a complete withdrawal of the subsidy for the Gwent Music service and a cut of almost three per cent to school budgets.
“The council ought to be guided by the principle of offering children and young people the best possible start in life, not seeing them as an easy target for budget cuts.”
He also said plans to cut leisure centre opening times, which the cabinet says will make the service “sustainable”, are at odds with Welsh Government advice this week for people to exercise and take better care of themselves to reduce demand on the NHS.

Cllr Frances Taylor, the leader of the Independent Group, said she is “deeply concerned” at how services will be affected.
The Magor councillor said: “We bear a heavy responsibility to ensure that those with vulnerabilities who rely on public services the most are not unfairly or disproportionately disadvantaged.
“The papers set out proposals to make significant changes and cuts for example to the Educational Psychology Service, to social care staffing, to our services for people with mental health and learning disabilities.”
The budget has proposed reducing staffing in the psychology service. Both councillors also questioned £4 million of cuts to social services, including care for the elderly.

Council leader Mary Ann Brocklesby has said the budget, which includes a planned 5.95 per cent council tax increase, delivers on the “core priorities” of supporting children, older residents to retain their independence and the most vulnerable.
The cabinet has also said charges in areas such as domiciliary and residential care will continue to be means tested and capped to limit the impact on those with the lowest incomes.
A public consultation on the budget will run from Wednesday, January 18 – after the proposals are discussed by the cabinet – until midday on February 16.