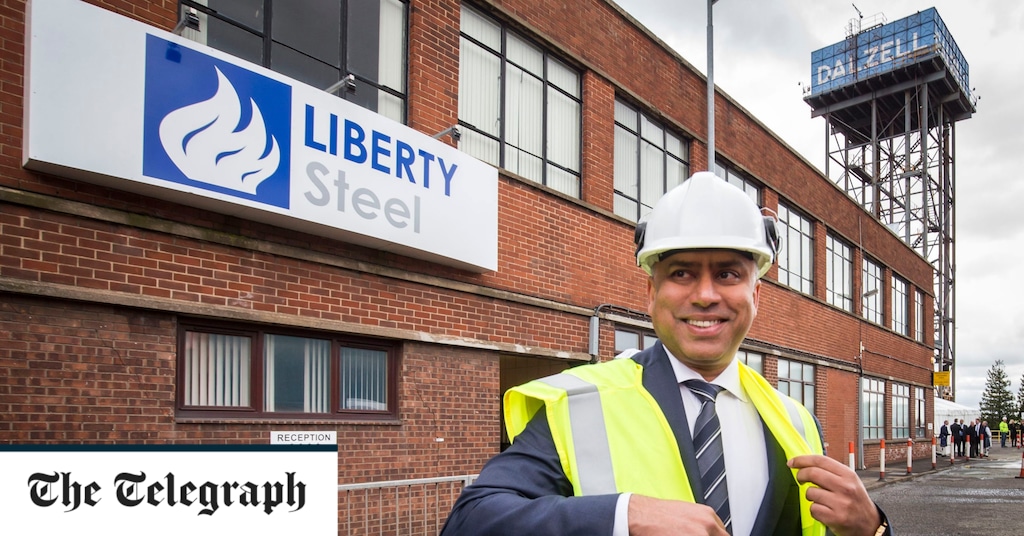 GREENSILL CAPITAL has this filed for administration, potentially putting at risk thousands of jobs in the UK steel industry, including jobs in Wales.

On Monday (Mar 8), lawyers for the bank, which is one of the main sources of funding for steel magnate Sanjeev Gupta’s business empire, appeared before a UK court today, the FT reported.

Unions are seeking urgent talks with steel magnate Sanjeev Gupta over the future of his operations in the UK with its main financial backer having now filed for administration in the UK.

Mr Gupta, who lives in Monmouthshire, has over the last few years acquired a string of steel and aluminium interests globally with the backing of supply chain lender Greensill, which is understood to have provided him £3bn.

According to court documents, Greensill has “fallen into severe financial distress” and can no longer pay off its debts.

As a result, US investor Apollo Global Management could now sweep in and buy up some of the firm’s businesses.

Accountants Grant Thornton said that it had been appointed as Greensill’s administrator.

In a statement, it added that in was in “continued discussion with an interested party in relation to the purchase of certain Greensill Capital assets.”
“As these discussions remain ongoing, it would be inappropriate to comment further at this time.”, it added.

The collapse marks a rapid downfall for the firm, which counted former PM David Cameron among its advisers.

The supply chain finance specialist was thrown into disarray last week when its insurance provider refused to renew a $4.6bn contract.

With Gupta’s GFG Alliance believed to be heavily exposed to the firm, the collapse could have a devastating affect on the UK steel industry.

Up to 5,000 jobs at GFG and subsidiary Liberty Steel could be at risk, with union officials set for crisis talks with the firm tomorrow.

“Sanjeev Gupta needs to tell us exactly what the administration means for Liberty’s UK businesses and how he plans to protect jobs”, union Community said in a statement.

“The future of Liberty’s strategic steel assets must be secured and we are ready to work with all stakeholders to find a solution.”

Nicknamed the “saviour of steel”, Gupta had previously snapped up a number of steel assets in the UK despite uncertainty over the future of the industry.

Reacting to the announcement of possible steel job losses at Liberty Steel, Newport and other sites, the Shadow Minister for Economy, Business and Infrastructure, Russell George MS, said: “This announcement, of course, will undoubtedly cause anxiety for workers and their families.
“So, first and foremost, the most important aim now is for dialogue to ensue, in a bid for a solution to be found.
“Steelworkers in Wales have a brilliant reputation for creating high-quality products and I truly hope a solution can be reached.”

But a spokesperson for the company said that the firm was currently running as normal.
“Our operations are running as normal and our core businesses continue to benefit from strong market conditions generating robust sales and cash flows”, they said.
“Our operational efficiency programme has improved profitability and we are making progress in our discussions with financial institutions that can help diversify our funding. We are keeping our employees up to date and will provide further updates as we deliver our plans.”

Mike Hill, Labour MP fo Hartlepool, where one of Liberty’s steelworks is, said: “Liberty Steel is a major employer in Hartlepool, manufacturing bespoke Pipes for use by the offshore oil and gas industry.
“The company has also been identified as a key player in the Government’s plan for a Freeport in Teesside and Hartlepool. The last thing our local economy needs in these difficult times is for the business to go under and urgent intervention from Ministers will be needed if there are any signs of that happening.”

Driving on the M4: Where do most people get caught speeding?