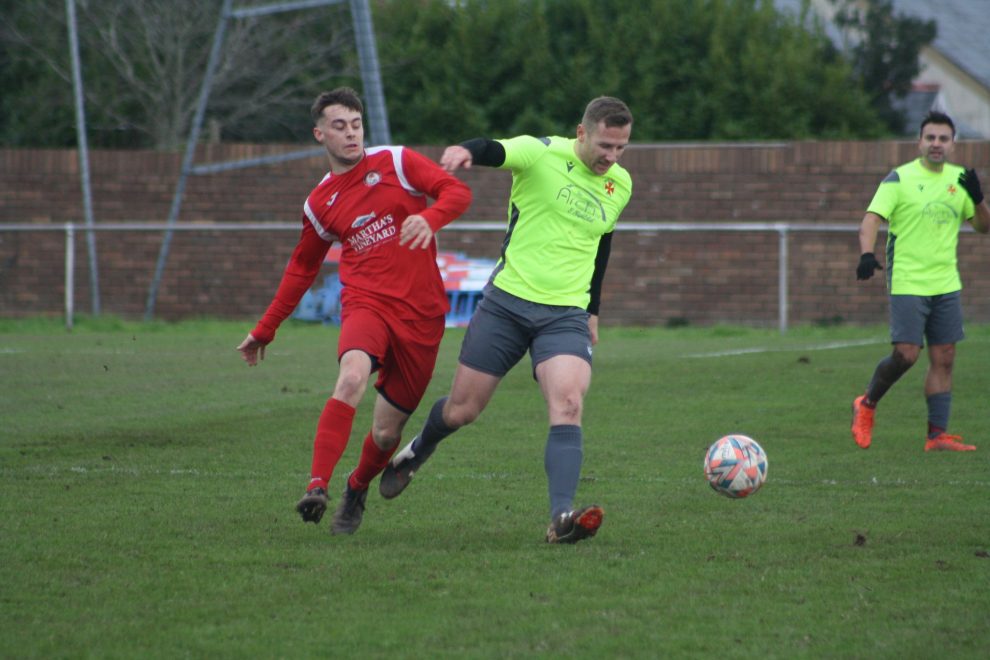 NEATH Town proved too strong for Milford United on Saturday (Dec 3) as they beat them 4-0 in the third round of the West Wales Cup.

The Neath League Premier side had not lost this season prior to the game and arrived at Marble Hall confident of victory.

They came up against a Milford United side though who had only suffered two defeats all season and who knocked out Carmarthenshire Premier side Gorseinon in the previous round.

Midway through the first half, there was a chance for Neath’s Levi Waters but he saw his shot go wide.

At the other end, Ieuan Hawkins played in Tyler Sheil but his cross was blocked behind for a corner.

Tom Grimwood then played the ball to Liam Parks but his effort was pushed wide by the Neath keeper.

Then in the 35th minute a ball over the top of the defenders from Kavan Williams found Chris Hall and he curled a shot into the far right corner of the net.

Hall then saw another effort pushed wide as Neath continued to look for more goals.

It remained 1-0 until half time and Milford were still in with a chance of winning the game.

However, on the hour mark Neath doubled their lead as Hall set up Waters to score. And just a minute later Hall scored his second to all but seal the win.

Milford battled on but were unable to find a goal.

In the last minute of the 90 Hall scored to complete his hat trick to send his side into the next round.