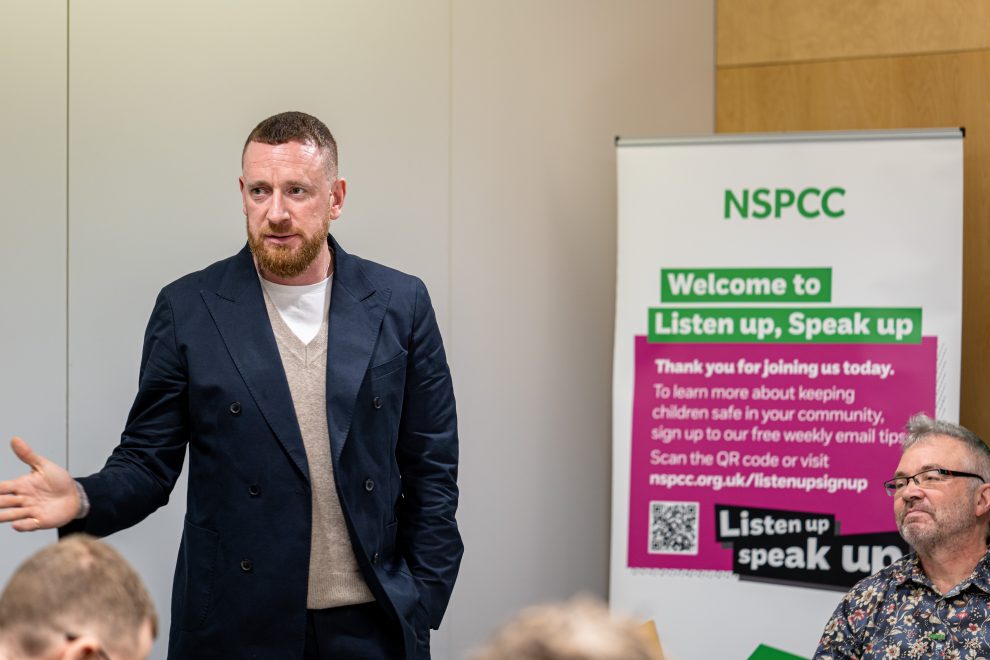 THE NSPCC has launched a new campaign, so adults know what to do if they are concerned about a child, and is encouraging residents in Newport to take part in workshops to empower its communities to safeguard children.

In Newport, workshops will be held in various locations over the coming weeks, which are free and open to any community groups or workplaces who want to help create a city of safeguarders.

The launch comes as the charity reveals that over the past year, its adult Helpline has seen a 14% increase in the number of contacts across the UK about in-person sexual abuse. More than half a million children experience abuse or neglect each year, and last year (2021/22), Gwent Police recorded 378 crimes of child sexual abuse.

The NSPCC believes that abuse and neglect are preventable and that everyone can play their part in keeping children safe – and that is why the charity is launching Listen Up, Speak Up.

Today the children’s charity launches pilots in three cities across the UK; Brighton and Hove, Leeds, and Newport.

It has been endorsed by Olympic cyclist, Sir Bradley Wiggins, who last year spoke out publicly for the first time about being groomed by his training coach when he was thirteen years old. Bradley buried his experiences and struggled to cope and he said that if someone had spotted that he was suffering and had spoken out, he might have been able to get the help and support he needed much earlier.

Local Campaigns Manager Emma Motherwell said Listen Up, Speak Up aims to give the public the knowledge and confidence to seek support about any concerns they have about a child’s safety.

Emma said: “Child protection needs to be made a priority. There’s so much we can do in the local community.

“At the NSPCC, we want to encourage everyone in Newport to play their part in keeping children safe, and that’s why we’re thrilled to be piloting our new campaign, Listen up, Speak up, here in Newport. The campaign offers free digital training to adults, which can be completed on a smartphone or tablet, as well as free workshops that can be attended in person or online.

“We believe it can be game-changing for how we keep kids safe. That’s why we’re encouraging people who work in Newport communities, such as taxi drivers, market traders and neighbourhood watch groups to go online and learn how to keep children safe and what to do if they have a concern.”

This is a pilot phase, and in the long-term, the NSPCC’s ambition is to reach at least a million people in communities and organisations across the UK to equip them with practical advice and confidence to know what to do and who to speak to if they’re concerned a child might be experiencing or is at risk of abuse or neglect.

Those that sign up to Listen up, Speak up will initially take a 10-minute digital training session that uses scenarios – a father concerned about messages his son is receiving, a hairdresser that notices bruises on a child and a friend worried about a new parent – to show people what to do if they think a child is in trouble.

The advice is based on the mnemonic DOTS which is designed to address the barriers to people acting on concerns.

One dad who called the NSPCC Helpline said: “My 5-year-old son told me he’s being abused. He told me his step-dad has been visiting him in his bedroom at night and hurting him; when I ask for more details he shuts down and looks away. I noticed he cries so much when I drop him off at his mum’s house, but I didn’t think it could be a sign something’s wrong.”

On Monday, Sir Bradley Wiggins alongside other celebrity guests including journalist Terri White, Youtuber and Writer Jim Chapman, Broadcaster and Journalist Charlie Webster and actor Femi Oyeniran attended a preview event at the NSPCC head office to find out more about Listen Up, Speak Up.

Speaking ahead of the event, Sir Bradley Wiggins said: “It’s a privilege to be supporting the launch of the NSPCC’s Listen Up, Speak Up campaign which will help ensure children across the UK are better protected from abuse and neglect unlike myself.

“I believe it is every child’s right to live a life free of abuse and if more people know the signs to spot and how to speak up, this will mean more vulnerable children can get the help and support they need and deserve.”

NSPCC CEO Sir Peter Wanless said: “You might never need to use the training, but it’s beneficial to take part. Even if children are not a big part of your everyday life, you’ll see them in your neighbourhood, on your commute, at the supermarket.

“We’re encouraging everyone to take 10 minutes to complete the digital training – a little bit of extra knowledge can help keep a lot of children safe.”

No decision on closure of Tudor Centre until after review, says Council
Newport HMO plans go to planning committee