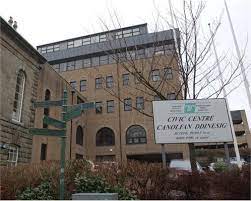 A COUNCIL which feared it could be facing a £12.5 million funding shortfall now says it will be able to balance its books.
Torfaen County Borough Council says the better-than-expected position for the 2023/24 financial year is due to its funding award from the Welsh Government.
However assistant chief executive Nigel Aurelius has warned the council must still be prepared for rising costs due to inflation, including higher wages, and it should work to reduce its reliance on its reserves.
The £12.5 million shortfall on expected costs, against likely income, in the new financial year which starts this April was reported in November.
But after saying a £12 million uplift in its funding from the Welsh Government, announced in December had “given it a fighting chance”, council number-crunchers are now projecting a balanced budget for the coming financial year.
In a report, to go before the Labour cabinet at a meeting at Pontypool Civic Centre at 10.30am on Tuesday, January 10, Mr Aurelius says of the provisional funding award: “In headline terms it represents a good settlement and significantly above the initial forward projections”.
He has also specifically warned councillors that they must be prepared to fund any pay increases from the funding they have been awarded. He has recommended it prepare for a 5.5 per cent pay increase, up from the four per cent originally budgeted for.
The report states: “The key consideration to be mindful of is the minister making it clear that any pay inflation for 2023/24 must be funded from the allocation. The initial estimates were based upon four per cent and in light of the opportunities that the settlement allows it is proposed to increase that assumption to 5.5 per cent.”
Pay is negotiated nationally and the council therefore doesn’t know what level any increase will be but is adopting a cautious approach.
The council has used £5 million from its reserves to deal mainly with increased energy prices and other price increases, due to non-pay inflation, and is therefore recommended to consider how it can reduce the call on reserves in the new financial year.
The council had agreed, when setting its 2022/23 budget, that this year’s council tax increase would be limited to 1.95 per cent which is the same as 2022.
The authority has also been told its capital allocation, for funding one-off costs such as new buildings and large purchases, is to increase by more than £900,000 to £5.41 million in 2023/24, with the indication it will be maintained in 2024/25.
On the in-year budget the report says savings have been made due to schools reporting high level balances, reducing the need for redundancy costs, while vacancies in social care have saved the council £327,000 and it expects client income to increase by £329,000.
As the number of children requiring a placement, 462, is lower than the 487 predicted, the council has also saved £65,000.
Rises to the Bank of England base rate has also seen the interest earned on the council’s temporary investments increase.
It has used £75,000 from this windfall to offset losses to its economy and environment department which has missed out on projected income after the plug was pulled on a plan for a council owned solar farm at the former Ty Coch landfill site in Llantarnam, Cwmbran.