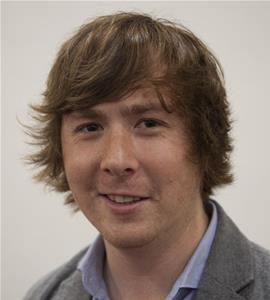 NO HOSPITAL patients living in one area of Gwent have been sent home without care plans in place since new advice to relieve “bed blocking” was issued.

It was reported this week that the Welsh Government had told NHS managers that, due to the current “unprecedented” demand on hospitals, patients could be discharged from hospital, even if they did not have arrangements for care at home in place.

Gwent’s Aneurin Bevan Health Board has confirmed that, as of Thursday afternoon, it has 253 patients in its beds medically well enough to leave but unable to do so.

Cllr David Daniels, who is responsible for social care in Torfaen, has said the fear is patients could be sent home without the council being aware of their needs.

The Labour councillor said: “The concern is people may be discharged into the community and we won’t know about it, and we can’t then provide the care package to safeguard them in their own homes.”

Rising admissions, fueled by winter respiratory illnesses – with January the traditional peak of the flu season – have piled demand on hospitals, with problems made worse by the number of patients stuck on wards as they do not have care packages in place for them to either return to their own homes or a care home.

GPs are among those to have voiced concern at the advice, with fears those unable to properly care for themselves at home are likely to end up needing to be re-admitted to hospital, only adding to demand on creaking NHS services.

Cllr Daniels said, while he acknowledged the reasons for the Welsh Government issuing the advice, he shared concerns some will simply end up back in hospital.

“It could be a false economy and worse than a false economy for some people if they then suffer a signicant fall or a relapse,” he said.
Councils in Gwent had, before the onset of winter, warned they feared increased calls for at home, or domiciliary, care which has already been failing to meet demand, with mostly private care agencies struggling to recruit staff.

The Gwent Regional Partnership Board, which is made up of Gwent’s five county councils and the Aneurin Bevan University Health Board, warned in early October that domiciliary care in the region was “in crisis”.

It identified “insufficient staffing levels to meet demand, due to poor staff recruitment and retention” as the main issue behind the failure to provide care required.

Torfaen borough council’s annual social services report in October stated that, at the end of 2021, there were nearly 1,100 hours of care in the community waiting to be commissioned in one week, meaning nearly 100 people were waiting for care or for additional hours to be added to their existing package.

The council’s social care boss, Jason O’Brien, today (Thursday, January 5) said no patients discharged from hospital have been left without care being in place in Torfaen.

He said: “To date, no individuals who have been discharged from hospital have left without a care package in place.”

He added the council works with the health board to ensure “proper processes are in place and that no decisions are made that are unsafe for residents” and is also working with the Welsh Government and neighbouring councils on planning to address current pressures.

Monmouthshire County Council acknowledged on-going shortfalls, but said it is “endeavoring” to source increased care so people can move back into the community.

A spokeswoman said: “We are working closely with our regional partners and through our integrated social care and health teams to support timely hospital discharge and where possible, to delay and prevent the need for hospital admission. Ensuring that patient and resident safety is at the heart of this remains our priority.”

The Welsh Government said its latest data shows that at the end of November, across Wales, there were 1,247 patients delayed from being discharged, who were clinically ready to leave hospital but couldn’t as the necessary ongoing care and support or suitable accommodation for them wasn’t available.

A government spokeswoman said: “Due to the unprecedented demand on the NHS we have asked health boards to focus on safely discharging people who no longer require treatment in hospital in order to help provide beds for people who require urgent care and treatment.

“Discharging people who are medically fit to leave hospital and no longer require urgent care can benefit the recovery process by reducing the risk of infection and muscle wastage. Patients will only be discharged from hospital when it is medically appropriate and safe to do so.”