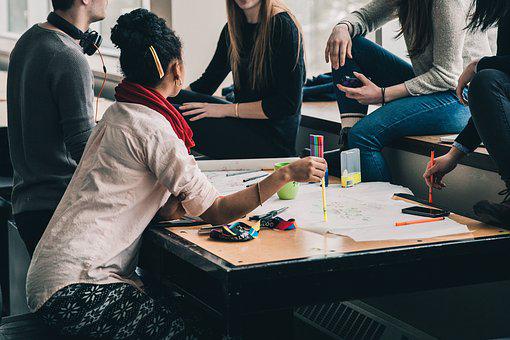 THE INCONVENIENCE of the University Staff Strike, during the energy crisis that the country is in, comes at a difficult time. We can only reflect on the reasoning behind this particular strike and what it means for the rest of us.

University of Oxford had this to say:

“Pay is of course the issue that people automatically think of when thinking or reading about Union actions, however, the discontent includes pay equity in addition to asking for meaningful increases to assist employees to cope with the cost-of-living crisis.

“The pay gap in our HE sector between black and white staff stands at 17% and the disability gap is 9%. The average gender pay gap is 16%.”

This comes back to focus by a valuation of the pension scheme used by academic staff at the Universities Superannuation Scheme.

The union said this valuation was “flawed” because it took place at the start of the pandemic, “when global markets were crashing” and recorded a deficit of £14.1bn. It says the scheme was more recently found to have a surplus of £1.8.

Some members are set to lose up to 35% from their own retirement income.

For those at the beginning of their careers the losses will have major effects on their future.

The union is demanding employers revoke the cuts and restore benefits.

The UCEA, says any increase in pay “puts jobs at risk”. Some 30% of universities are already in deficit.

In August universities which introduced pay recommendations said there was “an uplift of up to 9% for those on the lowest points” of the scale and a 3% increase for all other staff, it said. Many staff also benefited from annual pay increments.

On pensions, the University UK said:

“It is working with the union ahead of the next valuation of the pension scheme. It said that without the changes introduced employees would have had to pay much more in contributions.”

In total, 62 universities will see strikes over both pay and conditions and pensions. They will be walking out on three days over the 24, 25 and 30 November.

Staff in Northern Ireland will be striking on November 18, and in England, Scotland on November 23.

Students in Wales will see lectures and seminars cancelled from November 24, as thousands of university staff go on strike, with 9 College Universities to be affected by the strike.

Tutorials and Lectures will be affected as the union members of staff do not have to notify.

The University and College Union said: “The impact will vary between institutions, but they do expect some cancellations.”

This could affect different institutions in different ways but it is unknown at this point, but cancellations are expected.

Quick search by The Herald shows that about 2.5 million students may be affected by the strikes. Universities UK which represents 140 universities will be limited to the effects of this strike. Some universities will have to extend services, put measures in place and reschedule training and teaching which will affect University Staff in the future.