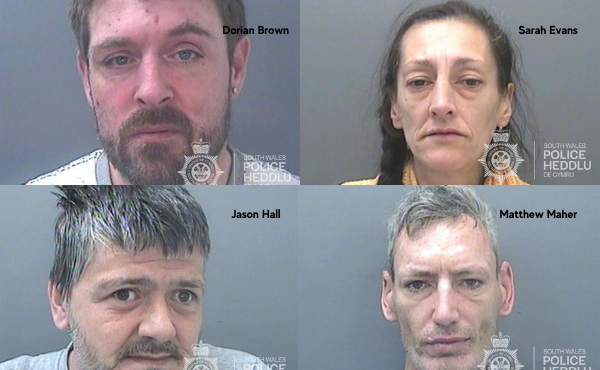 ON 10 MAY 2022, a man was delivering sofas in the Rhydyfelin area when a woman approached the van asking the driver if he needed directions. The woman opened the passengers door, climbed in and tried to take the satchel attached to the seat.

They demanded he handed over money and took items from the van.

The driver was struck several times to the thigh and received a puncture wound to the hand.

Detective Constable Jack Harris said: “This was a completely unprovoked attack on a delivery driver who was just doing his job.

“Thanks to the CCTV and forensic enquiries made by detectives, we were able to put together a strong case.

“They all deserve to be behind bars and I’m glad we’ve been able to deliver justice for the victim.”