Victim of the A4119 fatal collision has been named 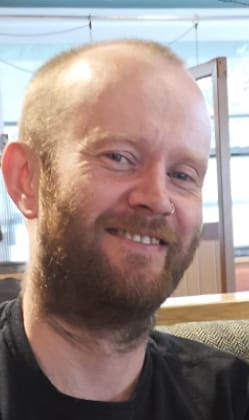 THE 35-YEAR-OLD man who died in a road traffic collision in the early hours of Sunday morning on the A4119 has been named as Christopher Williams from Pentre.

His family have paid tribute to him, saying: “Chris was a devoted father, son, brother, uncle and grandson who will be sorely missed.

“He lived his life for his three young daughters, Phoebe, seven, and Emillie and Esme, both four, who were the most important thing in his life.

“Chris was passionate about music and had played in several bands in the past, he enjoyed karaoke and was teaching his daughter Phoebe to play the guitar.

“He has been described as someone who would do anything for anyone without requiring recognition.

“Chris will be forever in our hearts and will never be forgotten. There are no words to describe the loss our family are currently feeling and dealing with. He has been taken from us far too early.”

Officers from the South Wales Police Serious Investigation Unit are continuing their investigation into the collision that happened on the A4119 between Coed Ely and Thomastown, just before 3am on Sunday February 13.

Police can confirm that a 35 year-old man from the Cardiff area has been arrested in connection with this incident. He has since been released under investigation.

Police are continuing their appeal for witnesses who were in the vicinity of the A4119 between 2am and 3am, and would like to speak to anyone who may have seen a black VW Jetta taxi being driven in the area.

Police are also appealing for anyone with CCTV or dash-cam footage that may have captured the incident to contact South Wales Police quoting occurrence 2200050568.

Send us a private message on Facebook/Twitter Via email: SWP101@south-wales.police.uk Phone: 101