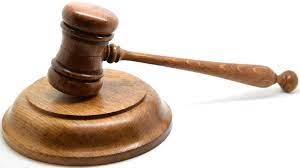 A 27-YEAR-OLD woman from Resolven has been sentenced today (October 5), for causing death by dangerous driving.

Sarah Roper entered a guilty plea to causing the death by dangerous driving of Darran Fellowes on Christmas day 2019.

Mr Fellowes, 48, died when he had come to the aid of his youngest son whose car had broken down, while also in the company of his eldest son, on the A465 between Neath Abbey and Tonna junctions.

He was providing assistance when he was struck by a Toyota Aygo driven by Sarah Roper at around 5.00pm.

Detective Sergeant Huw O’Connell of the Serious Collision Investigation Unit said: “Sarah Roper’s actions on that fateful day took away the life of a much-loved family man in the cruellest of circumstances.

“It serves as a lesson to all drivers to ensure while you are behind the wheel of a car you are giving your fullest attention to the road.”

Roper entered a guilty plea at Swansea Crown Court on September 1st.  She has received a 22-month sentence suspended for two years, 300 hours unpaid work, a curfew for nine months and a three year disqualification with an extended test.