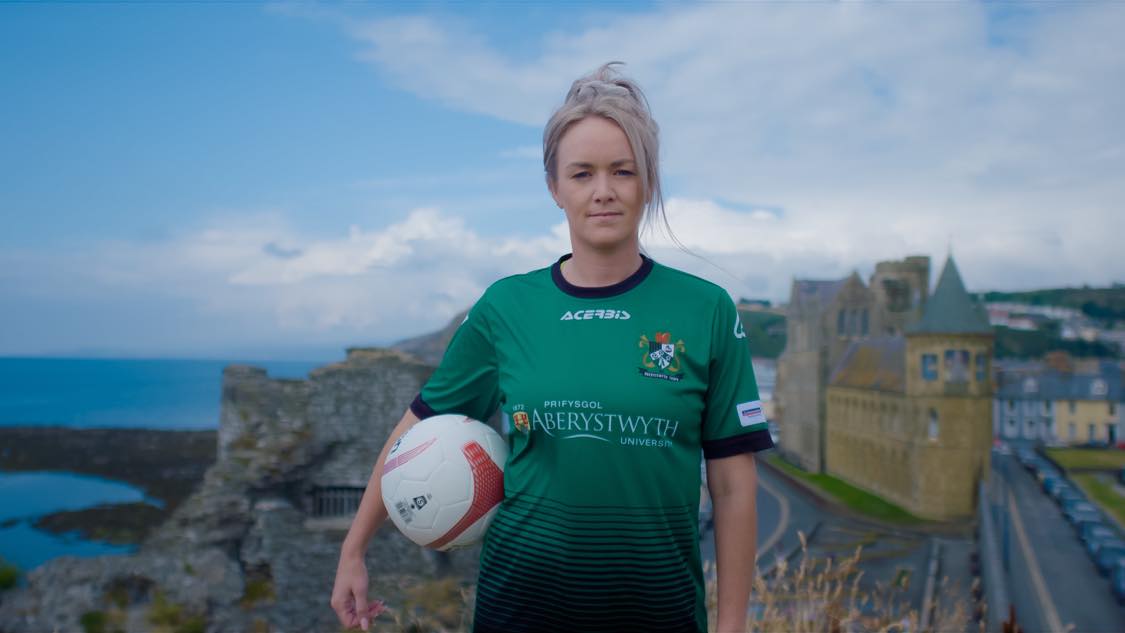 ABERYSTWYTH Town Women begin their Adran Premier campaign this weekend – and club captain Kel Thomas says they have a point to prove.

Last season, the Seasiders finished behind the established giants – champions Swansea City, Cardiff Met, and Cardiff City – to show that they deserve their place among the biggest and best clubs in Wales.

And Thomas – who took over the armband last season – says that the fourth-place finish was a great achievement, but now they need to at least repeat the feat.

“We’d love to close the gap a bit more, but there are no easy games in the league at all,” she said.

Thomas, a PE teacher at Ysgol Penglais, is hoping for a decent cup run as well this season – and has absolute faith that her team will rise to the challenge.

“Our squad spirit is just lush,” she smiled. “It’s like a big family.”

Manager Gav Allen is also hoping his side will step up.

“There were a lot of positives last season,” he said, “but the big question is can we improve again? Looking at the squad, we have retained the majority and with one or two new additions we can compete for one of the top four places.”

Aberystwyth Town Women travel to Abergavenny for their opening fixture.