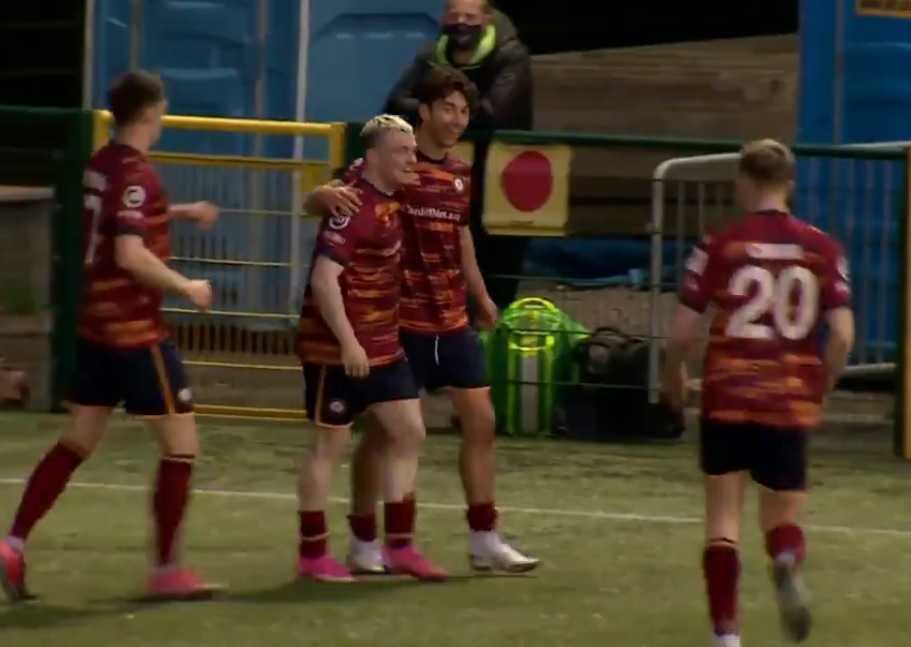 CARDIFF MET secured a second win in as many games on Tuesday night (Apr 20) as they thrashed Haverfordwest County 6-1.

The Bluebirds have now shipped 11 goals in their last two games having been beaten 5-1 by Newtown on Saturday.

The Met had secured their first win since December in their last game and they started the game in stunning fashion.

Eliot Evans saw a shot go over in the opening minute but, only seconds later, he did find the back of the net as he scored with a low, driven shot.

The visitors were almost level on five minutes as Elliot Scotcher fired a shot just wide.

With twelve minutes gone the Archers made it 2-0 as Evans turned provider for Ollie Hulbert who saw his shot squeeze under Bluebirds keeper Wojciech Gajda and into the net.

Ten minutes later it was 3-0 as Gajda saved a shot from Liam Warman but he could do little to prevent Bradley Woolridge tapping in the rebound.

They soon had a fourth as the ball dropped in the box for Hulbert and he fired home.

Two minutes later the home side were awarded a penalty and Evans made no mistake to make it 5-0 to Cardiff Met.

They weren’t finished there though as Evans set up Hulbert who scored to complete his hat trick and make it 6-0 with only 43 minutes gone.

With the game gone at half time the Bluebirds were playing for pride in the second half and they made three subs before play resumed as Marcus Griffiths, Trystan Jones and Sean Pemberton all came on.

They won a free kick early on but the Met were able to clear the danger. Cameron Keetch then sent a good cross into the box but it was just too far in front of Danny Williams.

On the hour mark, Evans came close to making it seven but he curled an effort wide of the post.

With twenty minutes to go the Bluebirds did pull a goal back as Kieran Lewis fired home after Met keeper Alex Lang dropped the ball.

Jack Wilson came close to adding a second for the visitors but his effort was well saved by Lang.

Gajda then made another good save to deny Evans before Lewis Rees rattled the bar late on.

It remained 6-1 at the full time whistle and the Bluebirds will need a lift after two damaging defeats. On Saturday, April 24, the Bluebirds host Flint at the Bridge Meadow.

With two wins from their last two game the Met have reignited their season as they now sit level on points with third-placed Aberystwyth Town in the Play-off conference.

On Friday, the Met travel to Park Avenue to take on Aberystwyth, kick off 7:45pm.