Home > Sport > Barry come from behind to shock Nomads
Football

Barry come from behind to shock Nomads 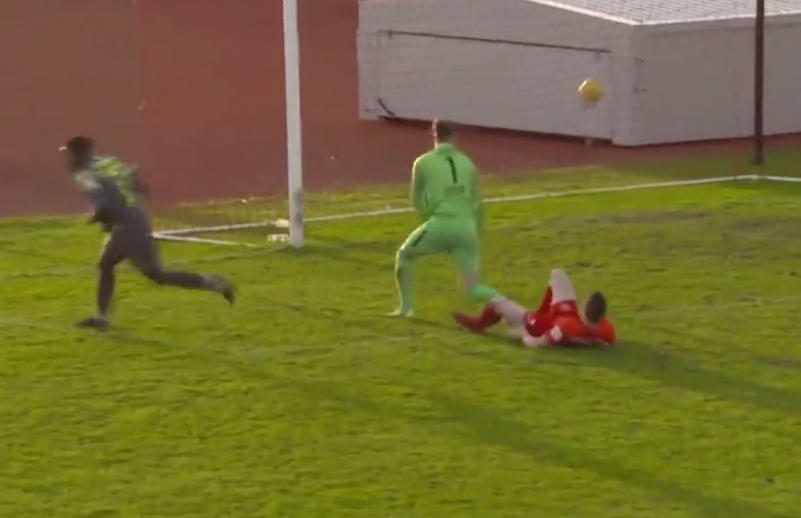 BARRY TOWN UNITED earned their sixth win of the season on Saturday (Jan 29) as they beat Connah’s Quay Nomads.

The Nomads went into this game on the back of one defeat and a draw since the restart as league leaders TNS defeated Nomads 3-1 and Nomads suffered another late equalizer against Flint Town as Cal Bratley denied Nomads of all three points, cancelling out new signing Connor Simspon’s debut goal.

Opponents Barry Town come into this game without a win in their last four league matches as recent defeats against Cardiff Met and Flint Town leave them 10th in the league.

The first few minutes saw Nomads send a selection of long balls up to Connor Simpson but Nomads were frustrated a couple of times due to the offside flag being raised.

In the 7th minute, Barry had a free kick around 30 yards which was taken by McLaggon and he passed short out towards Chris Hugh but his low cross was cleared well at the near post by Danny Holmes.

The first chance of the afternoon for Nomads came shortly after as Connor Simpson got in between Chris Hugh and Callum Sainty and poked his effort towards the bottom corner but the ball trickled past the post and out for a goal kick.

Another chance came for Connor Simpson who got in the perfect area following Neal Eardley and Paulo Mendes’ excellent combination down the right but Simpson’s header was comfortable for Micheal Lewis in the Barry goal.

The 29th minute saw the ball fall out to Ryan Harrington following a blocked cross from Kris Owens and as Harrington let fly from 25 yards out, the ball was tipped onto the crossbar by Micheal Lewis.

Five minutes later, Nomads hit the crossbar again, this time denying Aeron Edwards who flew into the box and acrobatically volleyed an effort towards the far corner but his shot dipped onto the bar and Barry was able to clear.

Just before the end of the first half, Nomads finally took the lead after a Kris Owens corner was delivered deep into the area which saw George Horan unmarked, leaving him a free header which was placed superbly into the bottom corner to put Nomads one up going into the break.

The start of the second half saw Barry instantly have the ball in the final third which led to Chris Hugh going for goal from 20 yards out but Ollie Byrne dived down well to his left to make the save.

A yellow card was shown to Evan Press who tripped up Aeron Edwards on the right hand side which gave The Nomads a dangerous free kick in a crossing position.

The free kick eventually saw Danny Holmes deliver a ball into the box from a long throw-in and as Barry went to head clear, Aeron Edwards was there to fire into the bottom corner to put Nomads 2-0 up.

Connor Simpson then had another chance to get himself on the scoresheet as Aeron Edwards laid the ball off to set him up but his pacey shot was over the top.

Just after the hour mark, Barry found themselves with a lifeline as Jordan Cotterill’s cross was blocked by Ryan Harrington but rebounded back off Nomads goalscorer George Horan and bundled into the back of the net.

Three minutes later, Barry had equalised as their star man Kayne McLaggon got on the end of Curtis McDonald’s cross to fire past Ollie Byrne in The Nomads net.

A controversial event then occurred as Kayne McLaggon raced through on goal and placed the ball past Ollie Byrne but many Nomads players were protesting as McLaggon looked to have fouled John Disney which allowed him to run through on goal but referee Huw Jones dismissed the protests and Barry found themselves 3-2 up.

John Disney was then subbed off by Craig Harrison and on came Jamie Insall as Nomads were now looking to get back in the game. There was then a stoppage in play as Barry’s Evan Press took a nasty blow and was forced to come off. His replacement was number 26, Luke Cooper.

Moments later, Nomads made another attacking change as Ryan Harrington came off and on came Aron Williams. The flurry of subs between both sides continued as we neared the full 90 minutes. This time, Micheal George came on to replace Rhys Kavanagh for Barry.

The 88th minute saw Nomads come close to the equaliser as Kris Owens delivered one of his trademark crosses but the ball was too much for the trio of Paulo Mendes, George Horan and Connor Simpson to get the final touch.

As an additional five minutes were called by fourth official Rob Jenkins, Nomads came even closer to the equaliser as Aron Williams powered his effort towards the far right hand corner but a crucial save from Mike Lewis kept Barry in front.

Barry then ran down the clock as they used their final sub which saw the introduction of Nat Jarvis and Nomads were unable to create any more big chances.