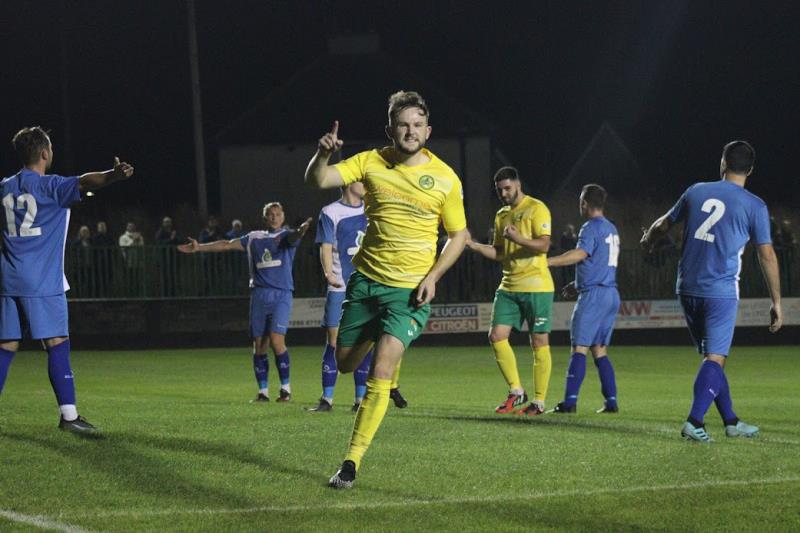 CAERNARFON are through to the fourth round of the JD Sports Welsh Cup after a workmanlike 3-0 victory over Prestatyn at the Oval.

The Cofis had a number of absentees due to injury but manager Huw Griffiths was still able to field a side that proved too strong for a very decent side from Bastion Road.

Town’s summer signing from Flint, Rob Hughes, has made an excellent start to his time at the Oval and he took the plaudits again tonight after an impressive display of skill and graft, which proved the catalyst for victory.

Having warmed the hands of goalkeeper James Coates with a long range effort as early as the third minute, Hughes created Town’s opener four minutes later, his well-placed swinging corner met by Ryan Williams, who deftly headed the ball into the top far corner of the visitors’ net.

Ryan Kehoe threatened for the visitors shortly after, his effort finding the side netting, although Ojrzynski seemed to have his goal covered.

On twenty five minutes, Darren Thomas won the ball off Patrick Hamid in midfield and set off on one of his trademark runs, this time deciding to shoot from distance and just failing to keep the ball from clearing three inches over the woodwork.

Ojrzynski came to Caernarfon’s rescue three minutes later when he pulled off a superb reflex save to deny Wallis, who must have though he had scored as he launched a sweet first time volley just eight yards out of goal.

With a third of the match gone, Hughes and Huxley linked up well on the left flank to create an opportunity for the former, who was frustrated to see his effort sneak wide of the upright from an acute angle.

With half-time approaching Prestatyn enjoyed their best spell of the evening and it took a last ditch tackle in the box from Gruff John to deny a certain goal for Ryan Kehoe before Jamie Reed went close with a header that whistled past the post.

The second period continued a similar pattern to the first, as Caernarfon dominated possession but missed opportunities to consolidate the narrow lead. Coates denied Darren Thomas with an excellent save six minutes after the break whilst Noah Edwards saw his headed effort sail wide of the target.

Then, on fifty four minutes, referee Cheryl Foster adjudged that Jacob Wise had fouled Aaron Simpson in the box, and Mike Hayes stepped up and scored from the spot, gaining his second score of the season.

Man of the Match, Rob Hughes, lit up the Oval in the seventy first minute when he took possession of the ball in his own half and went on an impressive run into the Seasider’s box, gliding past three opponents on the way, before laying the ball off to Cai Jones, who was denied by the advancing Coates.

The final word of the evening went to Gruff John, who met Hughes’ corner and guided his header past Coates to give the Cofis an unassailable lead. Reed blasted a penalty over the bar in the dying minutes to complete a night to forget for the visitors.