Home > Sport > Caernarfon up to sixth with win over Druids
Football

Caernarfon up to sixth with win over Druids 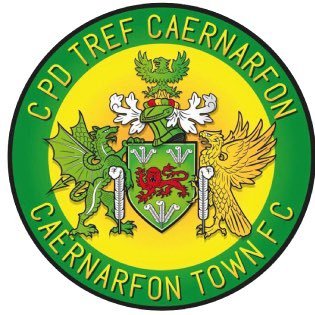 A VISIT to The Rock to face Cefn Druids is never an easy task and, despite the hosts enduring a torrid time thus far this season, Caernarfon required a fully committed display to come out on top, which they did by three goals to one.

As predicted, the Cofis enjoyed the lions’ share of possession from the off, and they threatened to score as early as the second minute when Rob Hughes hit his free kick from twenty yards just over the woodwork.

Caernarfon had a scare in the twelfth minute when Druids livewire Liam Thomas crossed from the right to Tyler Garratt, who could not keep his first time effort from sailing over the target from twelve yards.

Half way through the first period an in-swinging Rob Hughes free kick into the box was deflected by a defender for a corner, and from the resulting restart, Druids only half cleared the ball to the edge of the penalty area, where Danny Gosset picked the ball up and fired over the bar.

The hosts kept a good shape as they worked hard to keep Caernarfon from creating opportunities, and they succeeded in the main, as the visitors were limited to long range efforts, which all failed to find the net.

With half time approaching Mike Hayes did well to control a Bradley cross on his chest and got off an overhead kick that stopper Mike Jones, diving smartly to his right, did well to get his hands to.

Huw Griffiths’ men finally went ahead in the forty third minute after Hayes was brought down twenty five yards out and Dion Donohue coolly found the net with his free kick effort, the ball evading the wall and the diving Jones in goal.

It was the least Caernarfon deserved for their dominance and they doubled their lead just two minutes after the restart as Hughes put Noah Edwards through, and the midfield dynamo finished impressively from an acute angle.

Most of the action at the start of the second period took place in the Druids half and, after a period of pressure from the Cofis, Bobby Beaumont added a third just before the hour mark as he got on the end of a Sion Bradley corner to head in from three yards.

Recent Cofi signing Alex Boss was introduced for his debut and the youngster showed plenty of promise on the right flank.

The hosts pulled a late goal back through Mooney but it was too little, too late for them as Caernarfon comfortably held on to their two goal lead and moved up to to sixth in the Cymru Premier League.

On Friday, January 28, Caernarfon host TNS while the Druids travel to Aberwystwyth Town.