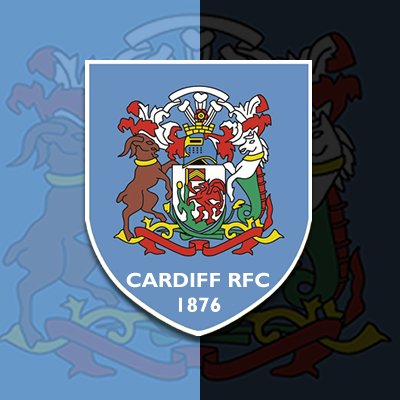 CARDIFF moved up to third place in the Indigo Premiership table on Saturday (Jan 15) as they beat RGC 29-52 in a thrilling game.

Thomas Davies made his 100th start for Cardiff and was presented with a special shirt to mark the occasion.

It was RGC who struck first though when Cardiff were penalised for not rolling away and Dion Jones landed a penalty to make it 3-0.

The hosts continued to push and won a series of penalties in the Cardiff 22. They eventually powered over with a driving maul with the try credited to Rhodri King. Jones converted for a 10-0 lead.

Cardiff were down to 14 men as a result of those penalties, with Teddy Williams being sent to the sin bin but they held firm and were able to get the next score.

The visitors pushed but after a high tackle the referee awarded a penalty try, bringing the score to 10-7.

That also saw the visitors reduced to 14 for the next ten minutes and Cardiff took full advantage.

From the restart, Cameron Winnett broke and he went over in the corner before Jake Beetham added the extra two points to make the score 10-14.

Cadiff then scored their third try of the game as Ioan Evans broke before finding Ryan Wilkins who touched down over the line. The conversion from Beetham hit the post.

RGC responded well though and after a series of phases they were rewarded with a try for Jordan Jones and namesake Dion added the extras, bringing the score to 17-19.

However, moments later the visitors had their fourth try as a driving maul pushed Cardiff over the line and Alun Rees touched down. Beetham then added the extras.

That made it 17-26 at half time and after plenty of tries scored in the first half the game was still there for the taking for both sides.

Early in the second half it was Cardiff who got the first score as they again pushed their way over with Sean Moore claiming the try. Beetham then added the extras once more.

From the kick off though, Dion Jones collected the ball and ran on to score before adding the extras to make it 24-33.

Morgan Allen then scored Cardiff’s sixth try and Beetham was again successful with the conversion.

As RGC attacked, Cardiff won a turnover and the ball was played to Alex Everett who slid over in the corner. The conversion was missed.

They weren’t done there either as Ellis Bevan intercepted the ball and ran on to score Cardiff’s eighth try of the afternoon. Beetham then added the extras.

There was a late unconverted try for RGC but it proved to be a consolation effort.

On Saturday, January 22, Cardiff host Carmarthen Quins in the quarter finals of the WRU Premiership Cup.

Newport County take on Morecambe for place in League One

TNS miss chance to go top after being held by Caernarfon