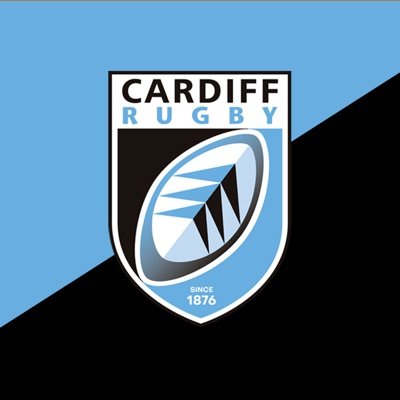 CARDIFF suffered a last gasp defeat against Harlequins in the European Champions Cup on Friday (Jan 14) as a Marcus Smith penalty gave the visitors a 33-36 win at Arms Park.

It was a thrilling encounter which saw ten tries scored but Cardiff were left gutted by the result having been ahead for much of the second half.

The Quins started well as Marcus Smith spotted Louis Lynagh in space and kicked ahead for him to gather the ball and he sliced back inside to score. Smith then added the extras for a 0-7 lead.

Cardiff looked to respond immediately but after the ball was played out wide to Rey Lee-Lo he was tackled close to the line and the Quins were able to win the turnover.

However, just four minutes later the home side were level. Cardiff switched play from left to right and back again before Owen Lane found a gap and was able to dive through to score. Jarrod Evans added the extras.

Cardiff now had the wind in their sails and Josh Adams went close to scoring but he was denied by some good defending.

The Quins though were penalised and after a couple of phases James Ratti bulldozed his way over to score and Evans again slotted the extras for 14-7.

The visitors looked to respond this time but they were denied as Rhys Carre won a turnover, allowing Cardiff to clear.

On the stroke of half time the Quins attacked and as the penalties mounted against the host, Dmitri Arhip was shown a yellow card after being penalised at the scrum.

Smith again kicked ahead for Cadan Murley and he flicked the ball back for Tyrone Green who went on to score.

The conversion was missed so Cardiff held a slender 14-12 lead at the break. They also knew though that they would start the second half down to 14-men following that yellow card.

And just a minute in to the second half it looked like they had made the man advantage count when Danny Care went over the line but the try was ruled out for an offside.

Cardiff then had a good chance to increase their lead with Shane Lewis-Hughes and Kirby Myhill involved but the ball was knocked on.

They were then made to pay for that error as Alex Dombrandt set Luke Northmore free who scored to put the Quins ahead.

Smith then added ther extras but the Quins were on the backfoot moments later as Cardiff pushed and Dombrandt was shown a yellow card aftert a foul on his own line.

Their persistance paid off and Dillon Lewis barged his way over to score, crossing for his first try in Cardiff colour since March 2018. Evans added the extras.

Just a minute later Cardiff scored again, this time it was Owen Lane who touched the ball down after some good work. This time the conversion was missed and the score stayed at 26-19.

They weren’t done there though and they then got their third try in the space of six minutes. Evans and Lee-Lo did well to make a break from their own 22 and the ball came to replacement Corey Domachowski who powered over to make it 33-19.

Back came the visitors and on 60 minutes they got another try as Care dived over following a close range maul. Smith added the extras.

Both sides battled away but it was the Quins who would get the next score with just four minutes to go.

Smith danced his way through and then added the extras once more to level a thrilling game at 33-33.

Cardiff went in search of a winning score but some excellent work by Quins’ Santiago Botta saw him win a turnover in front of the posts.

As the clock ticked over the 80 minutes the Quins were given a penalty and Smith held his nerve to send the ball through the posts to earn a dramatic win for his side.

It was heart-break for Cardiff who played brilliantly for much of the game.

They will take a losing bonus point and another for scoring four tries for their efforts and will look to build on their good performance in their next Champions Cup game.

That comes on Saturday, January 22, when they travel to France to take on Stade Toulousain, kick off 1:00pm.

'Written in the stars for Wales' says Sorba Thomas