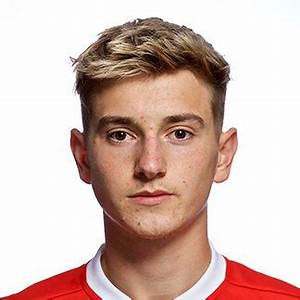 SAM VOKES has pinpointed David Brooks and Kieffer Moore as the players who can strike terror into Turkey on Wednesday – and put Wales within touching distance of the knockout stages of Euro 2020.

Brooks played only the final 15 minutes of Wales’ opening 1-1 draw against Switzerland, when he replaced the clearly irritated Dan James.

But Vokes – whose magnificent headed goal against Belgium five years ago sent Wales on their way to the tournament semi-finals of Euro 2016 – reckons there is so much more to come from the Bournemouth player.

And the Stoke City striker would like to see Brooks given his opportunity against the Turks, alongside Moore, in a match that is live on S4C.

“David Brooks is a player who really stands out for me,” says Vokes.

“I think he can show what a great talent he is at this tournament if he stays fit.

“It was important we got off to a good start and we’ve done that with the draw against Switzerland. We can now build on that with these two games.

“We have a very exciting team, especially when Wales are going forward, that we can have hopes for both of these remaining group matches. David Brooks can be a big part of that.”

Brooks was tipped to become the next Welsh player to join one of the Premier League’s powerhouses after a brilliant debut campaign in the top flight with Bournemouth two years ago. Both Manchester United and Liverpool were rumoured to be keen to sign him.

But a serious ankle injury disrupted his progress until this season, when the fit again 23-year-old managed 32 Championship matches for the Cherries as they made the play-offs before losing to Brentford.

Vokes would like to see Brooks given a chance against Turkey, who lost their opening match, 3-0, to Italy in Rome, but is also eager to see how Moore – scorer of a superb equaliser against the Swiss – can rattle a team now low on confidence.

“I’m a bit biased when it comes to talking about the need for a big man up front, so I’m an admirer of Moore.

“I would always go for a big No.9 because it’s traditionally been the way Wales have played. That kind of player is always a massive threat for us.

“Kieffer gets us up the pitch and allows other players to be brought into play, like Gareth Bale and Aaron Ramsey.”

The Turks may have suffered an emphatic defeat in their opener at the Olimpico in Rome, but they will not lack backing in Baku – a city with a large Turkish population.

Wales caretaker manager Robert Page knows that a victory would put Wales into a commanding position to qualify from the group alongside the Italians.

But he is taking nothing for granted against a Turkish team that was well fancied before their opening match and actually took four points off France in their qualifying group and almost pipped the world champions for top spot.