Home > Sport > Dragons come from behind to see off Warriors
Rugby

Dragons come from behind to see off Warriors 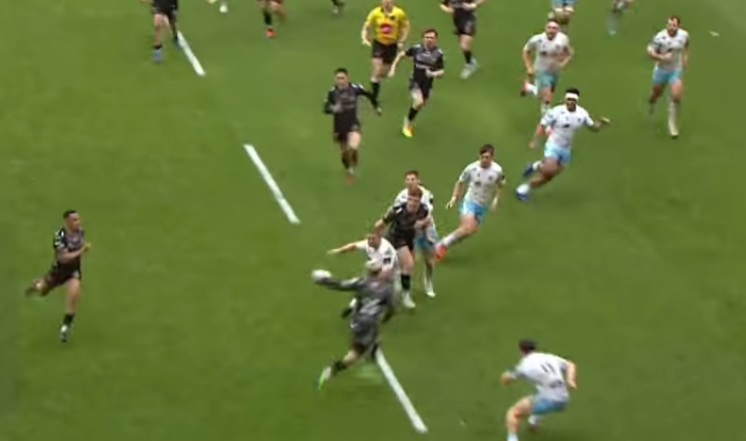 A STRONG second half showing from the Dragons saw them come from behind to beat Glasgow Warriors at the Principality Stadium in the Pro14 on Sunday, March 21.

The Warriors held a 17-9 lead at the break but the Dragons scored two second half tries to pull away and seal their fifth win of the season.

It also sees them go level on points with the Warriors in Conference A with both sides having one game left to play.

Sam Davies kicked two early penalties for the Dragons while a converted try for Glasgow saw the visitors hold a 6-7 lead.

On the half hour mark, a Glasgow player was penalised for going off his feet and the Dragons elected to kick at goal.

Davies made no mistake again to make it a hat trick of kicks and give the Dragons a 9-7 lead.

With four minutes to go until half time, the Warriors had a line out and the ball came to Rufus McLean who burst his way through and ran all the way to the try area as Glasgow took the lead once again.

As the clock ticked over 40 minutes the Warriors were given another penalty with Adam Hastings opting to kick at goal. The kick, from just inside the Dragons’ half, was good and the Warriors held a 17-9 lead at half time.

Early in the second half, a yellow card for Ryan Wilson gave the Dragons the upper hand but after taking a quick tap and go, Glasgow were able to regain the ball and relieve the pressure.

Eleven minutes into the half, Davies kicked his fourth penalty of the game to bring the score back to 12-17.

With sixty minutes on the clock the Dragons made some excellent passes and it was Jordan Williams who took the ball one handed before bursting through the middle to touch down near the posts. Davies added the extras again to put the Dragons back in the lead.

With 67 minutes on the clock the Dragons pushed forward again and after battling away on the line, Matthew Screech finally got the ball down for their second try of the game.

Davies added the extras once more to give the home side a 26-17 lead and complete his 16-point haul for the game.

In the final ten minutes, Glasgow attacked looking to get back into the game and they came close on a couple of occasions but some excellent Dragons defending kept the Warriors out.

Rhodri Williams was sent to the sin bin with four minutes to go but the Dragons held on to seal the victory.

Saints leave it late to earn a point against Penybont