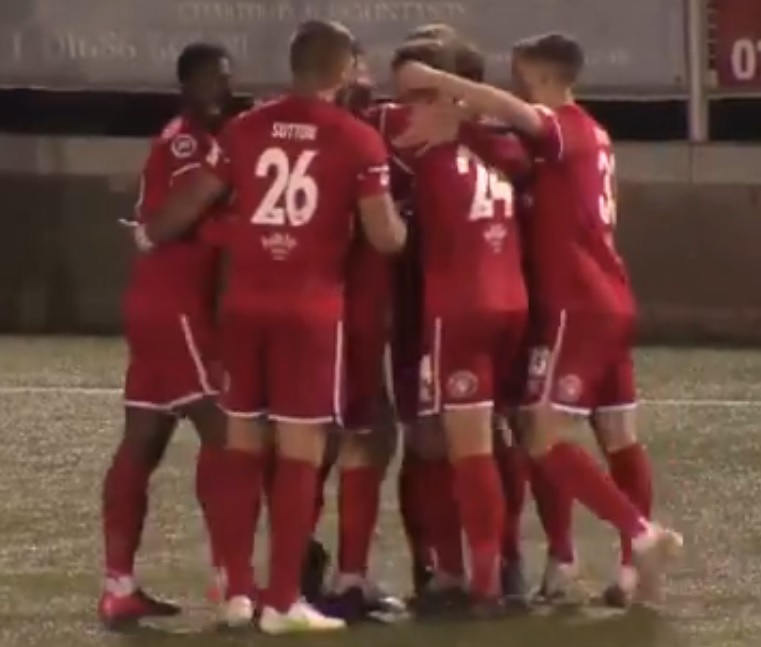 NEWTOWN strengthened their grip on top spot in the JD Cymru Premier Play-off conference on Tuesday (Apr 27) as they beat Flint 1-0.

It also extended their unbeaten run to six games as they opened up a three-point gap to second placed Haverfordwest County.

Flint drew 0-0 in their last game against the Bluebirds and have proven since the start of the second phase of the season how difficult they are to break down.

After an even start it was Flint who were first to test their opposition but Thomas Weir’s shot went straight into the keeper’s arms.

Jonathan Rushton was then alert to push a Newtown effort away for a corner.

Jake Hampson then sent a free kick into the box which evaded everyone before he also saw a shot go just over the bar.

Josh Amis also tried his luck for Flint but the ball bounced awkwardly in front of him and his effort did not trouble the Newtown keeper.

It remained goalless at the break with Flint having the better chances despite Newtown having more of the ball.

Early in the second half, Hampson sent another free kick into the box for Amis but he couldn’t control and the hosts were able to clear.

However, on 53 minutes the all-important first goal went the way of the hosts. The ball was played to Jordan Evans on the edge of the area and he ran on to the edge of the six yard box before firing in from a tight angle.

With twenty minutes to go, Ben Maher tried his luck from long range but his shot went over the bar, clipping the top of the netting.

Newtown continued to look for a second goal but it was the visitors who began to have more of the ball late on as they searched for a leveller.

Dave Jones did well to make another save before the Silkmen won a series of late corners.

Ben Nash sent a header just over from corner and keeper Jonathan Rushton came up for another deep into injury but nobody could get on the end of it.

Newtown held on though for another good win.

TNS pick up biggest win of the season