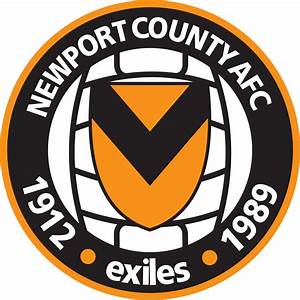 NEWPORT COUNTY were forced to settle for a point in their game with Walsall on New Years’ Day (Jan 1) as a late stunner from former player Connor Wilkinson ensured the game would finish 3-3.

Walsall had not played since December 11 and there were a few signs of rustiness early on.

Newport County were ahead after just four minutes as League 2 top scorer Dom Telford fired in to the bottom right corner after the home side failed to clear a free kick.

Just after half time, former Exile Connor Wilkinson fired in from a corner after the ball fell nicely at his feet.

However, just three minutes later Newport were back ahead as Wilkinson was unlucky to head the ball into his own net.

Matty Dolan was then the next to find his own goal as he attempted to clear the ball from a corner, only to see the ball bounce backwards off him and into the net.

That made it 2-2 but the visitors were not keen to settle for a point.

A cross from the right caused chaos in the box as the Exiles first claimed for a peaenalty before Fin Azaz fired a shot against the bar. The ball was cleared off the line but only as far as Telford who stooped down low to head in.

There was a late chance for Newport to wrap up the points as the Walsall keeper came out of his box to clear the ball but he only succeeded in finding Robbie Wilmott but he was unlucky to see his effort nestle onto the side of the Walsall goal.

That miss proved costly as in the fifth minute of time added on, Wilkinson set himself with two touches on the edge of the box before firing into the top right corner of the net.

It was a blow to Newport County but the point keeps them in the play-off places, four points behind the top three.

Cardiff prove too strong for Pontypridd