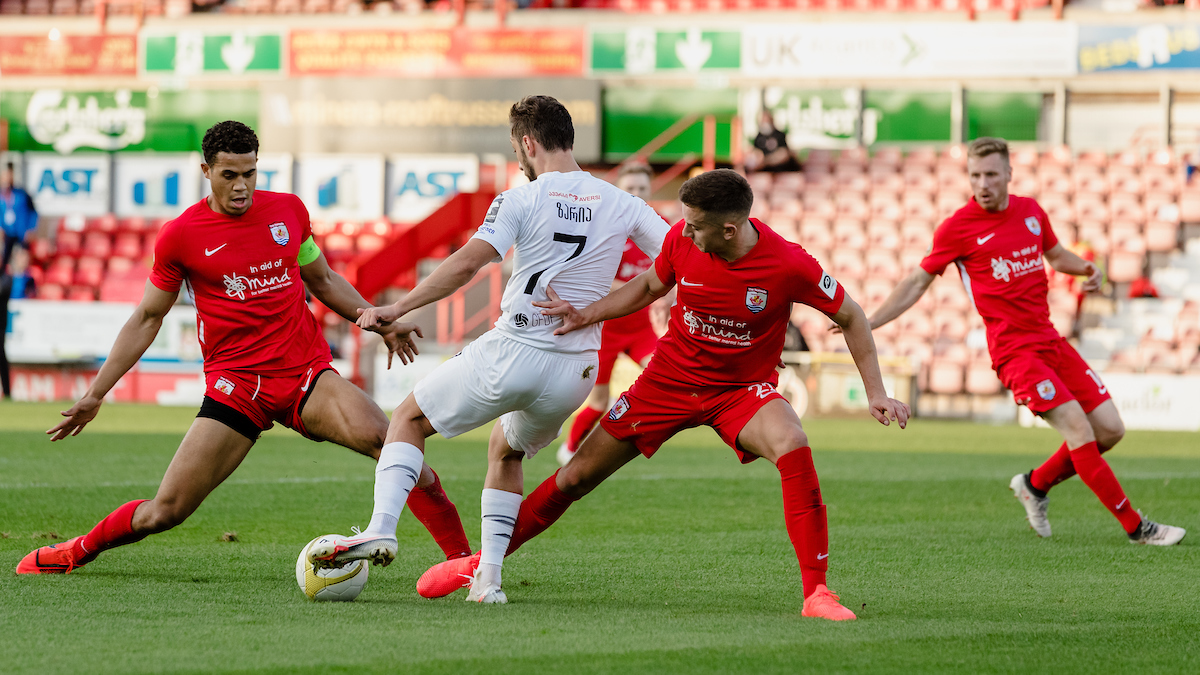 The current Cymru Premier title holders have released a statement in response to an FAW statement released earlier today.

Earlier this afternoon, the FAW claimed that Connah’s Quay had breached regulations regarding the signing of free agents between transfer windows.

It is believed that both Neal Eardley and Paulo Mendes were both signed after the summer window closed.

If this is the case, an 3 point deduction is in line for every game that Neal Eardley had played – he has played 6 this season.

This is because Eardley would be the second player to be signed as a free agent in between closed windows – breaching the FAW rule.

“The Club are aware of the FAW Press Statement issued earlier today, regarding an alleged breach of JD Cymru Premier rules.

“As the current JD Cymru Premier champions, Connah’s Quay Nomads have always sought to help improve the standards of Welsh Football, evidenced by the club’s several consecutive years as Tier 1 and UEFA Licence holders and our thriving academy setup.

“Our administration setup, which is entirely reliant on volunteers, works at all times to uphold the standards of the JD Cymru Premier, and has been actively involved with steering groups to aid improvements of the league in years to come.

“We are somewhat surprised that a disciplinary charge, refuted vigorously by the Club, has been brought into the public domain by the FAW – perhaps this sets a precedent and allows all Clubs charged in the future, to comment on subsequent charges without being fined by the FAW for doing so?

“These charges, received yesterday, are actually amended (new) charges to those previously received earlier in December from the FAW.

“Our solicitors will review these and respond accordingly within the next seven days.

“We note the FAW state that this matter has now been immediately referred to an independent arbitration panel, over riding the traditional FAW process of Charge – Response – Hearing – Decision – Appeal.

“We have been informed this is a decision made by the FAW’s CEO, as set out in FAW Rule 40.1.

“Our lawyers will also be looking into this as it does appear to short cut a process intended to allow a full defence and appeal to be heard.

“Furthermore, we will also be questioning the phrase “Independent Arbitration Panel”, given that:-
a. The Club has had no input into selecting this panel
b. The company appointed, Sporting Resolutions, is a company that FAW Discipline Manager Ian Fisher, who has fronted this case for the last three months, does freelance work for, as evidenced on his Linkedin profile.

“We will issue a further response tomorrow, Thursday 10th February, meanwhile the team continue to prepare for a huge derby game against Flint Town United this Friday in their attempt to secure a Top Six spot.”

£96m investment to give tens of thousands of social care staff a £1,000 extra payment

Crónicas de Londres to be adapted to a feature film.