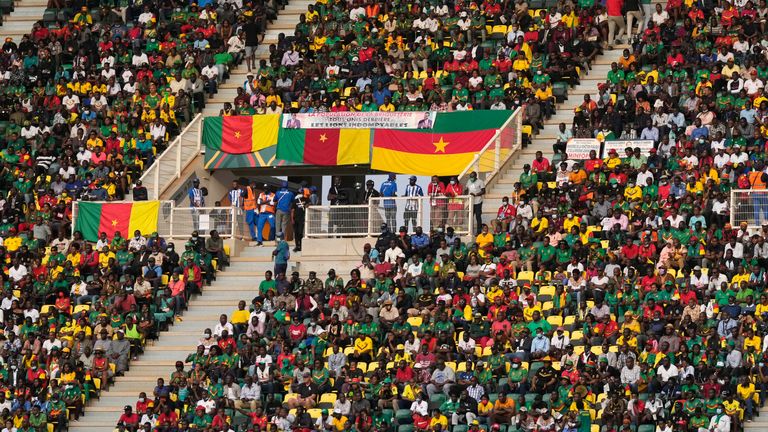 Eight people have been killed in a crush outside the Olembe stadium in Yaounde, Cameroon, with at least 38 more injured.

The tragedy occurred during Cameroon’s home fixture against Comoros in the Africa Cup of Nations on Monday night.

Supporters were trying to enter the stadium via the south entrance gate to watch Cameroon’s Round of 16 tie.

Officials have said around 50,000 people tried to attend the match.

The stadium’s capacity is 60,000, but no more than 80% were permitted to visit due to Covid distancing and restrictions.

Investigations by both Cameroon President Paul Biya and the Confederation of African Football have been launched.

A statement by the Cameroonian government read:

“The deceased were taken to the Yaoundé Emergency Centre for the appropriate formalities, and the injured were distributed to four health facilities in the city of Yaoundé, where they were immediately taken care of on very high instructions from [the president of Cameroon] Paul Biya.

“Faced with this tragedy, the gravity of which arouses emotion and consternation, the head of state sends his most saddened condolences to the hard-hit families, as well as his wishes for a speedy recovery to the injured, to which he associated the deep compassion of the entire nation.”

“Caf is currently investigating the situation and trying to get more details on what transpired.

“We are in constant communication with Cameroon government and the local organizing committee. Tonight, the Caf president, Dr Patrice Motsepe, sent the general secretary, Veron Mosengo-Omba, to visit the supporters in hospital in Yaoundé.”

Victims were sent to the Messassi hospital in the aftermath, with workers describing the scene as ‘traumatic’.

“Some of the injured are in desperate condition. We will have to evacuate them to a specialised hospital.”

FIFA also sent ““its deepest condolences to the families and friends of the victims who lost their lives following the tragic incident that took place at Olembe Stadium. The thoughts and prayers of the global football community are with the victims [and] the ones who have been injured in this incident.”.