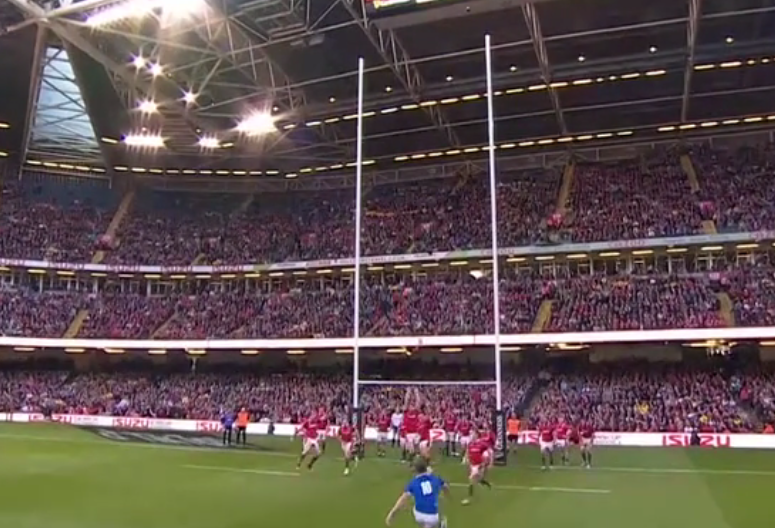 IT was a momentous day for Italy on Saturday (Mar 19) as they beat Wales to end a seven-year, 36-game losing streak in the Six Nations.

Italy got the first points of the game after Wales were penalised for tackling off the ball and Paolo Garbisi slotted a penalty.

The visitors then forced a turnover penalty and Edoardo Padovani took aim with a long range penalty and was successful to make it 0-6.

With just under half an hour gone Wales got the game’s first try as Taulupe Faletau played a quick pass to Owen Watkin who broke through a gap and dummied his way over the line. Dan Biggar then converted to put Wales ahead.

However, Garbisi and Padovani then put the Italians back in front with two further penalties after Welsh infringements.

That gave them a 12-7 lead at the break but Wales would still have been confident of turning the game around in the second half.

It was Italy though who came within inches of scoring as Monty Ioane broke forward but he was tackled out of play just before the line by Josh Adams.

The home side then regained the lead as they pushed forward and Dewi Lake broke off to touch down and score his first try for Wales. Biggar then added the extras to make it 14-12.

Garbisi then put Italy back in front with a penalty after another indiscretion from the home side.

With 12 minutes to go Josh Adams cut inside from the left and found a gap to score the try to put Wales back in front. Biggar converted to make the score 21-15.

Wyn Jones then thought he had scored the try that would have wrapped up the game for Wales but the TMO ruled that there was not a clear grounding.

As the clock ticked down Ange Capuozzo took control of the ball and he made an excellent break before passing inside to Padovani who touched down under the posts.

Garbisi held his nerve to slot the conversion through the posts and Italy could celebrate a first Six Nations win since 2015.

Nine-try Ponty too good for Bridgend

S4C’s online Indigo Prem coverage off to a flyer