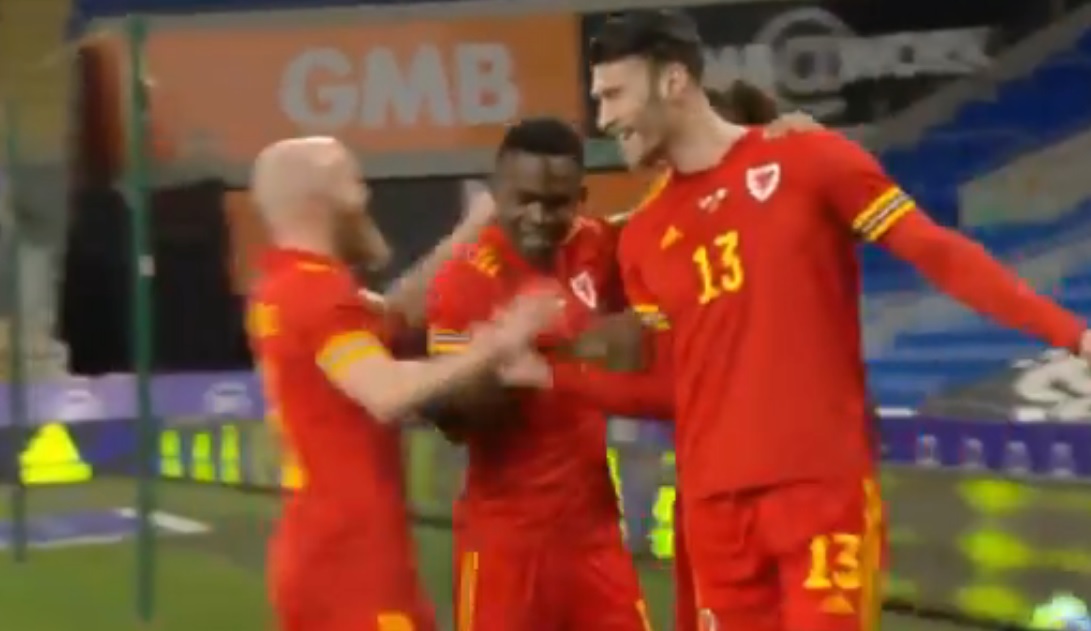 KIEFFER MOORE scored the only goal of the game to help Wales beat Mexico 1-0 in a friendly on Saturday night (Mar 27).

The Cardiff City striker, playing at his home stadium, scored ten minutes in as Wales beat the side ranked as the ninth best team in the world, according to the FIFA rankings.

Wales came into the game having been beaten 3-1 by the world’s number one ranked side, Belgium, and their win will give them a good boost of confidence ahead of Tuesday’s World Cup qualifier with the Czech Republic.

The game was also a landmark moment for Chris Gunter as the defender took to the field for the 100th time in a Welsh shirt.

The goal came ten minutes in as Rabbi Matondo found Johnny Williams on the right who crossed into the box for Moore who took a touch to control it before rolling the ball in to the bottom left corner with his second touch.

Mexico looked to get back into the game but a number of wayward passes meant they were unable to set up a chance for the forwards.

On 27 minutes, a free kick into the box was cleared by Wales and after dealing with a couple more crosses, they won the ball back and were able to clear the danger.

Moments later, a long pass inside Johnny Williams almost sent Gallardo through on goal but Wayne Hennessey came out to clear the ball just as the Mexico full-back was about to get to it.

Jesus Corona then cut into the box on the left but he curled his effort wide of the far post from a tight angle.

Five minutes before half time, Matondo found Dylan Levitt near the edge of the box but he sent his effort over the bar.

Luis Rodriguez then tested Hennessey but the Wales keeper was right behind the Mexican’s effort and made a comfortable save.

Mexico started the second half on the front foot as Corona sent an effort high and wide of the goal before a free kick into the box evaded the oncoming players.

Eight minutes into the second half Johnny Williams found Tyler Roberts in the box and although his pass was behind Hal Robson-Kanu, the strike got a foot to it but his effort didn’t trouble the Mexico keeper.

The visitors were unlucky soon after when Hirving Lozano was sent in on goal but his effort bounced off Hennessey’s foot and went over the bar.

With 75 minutes gone, Orbelin Pineda shot from range but his effort bounced wide of the goal.

Four minutes of stoppage time were added and in the final, the Mexicans nearly snatched a draw as the ball was headed back to Corona but he fired over and the referee blew for full time.

Wales will now look forward to their next qualifier on Tuesday, also being played at the Cardiff City Stadium, which kicks off at 7:45pm.