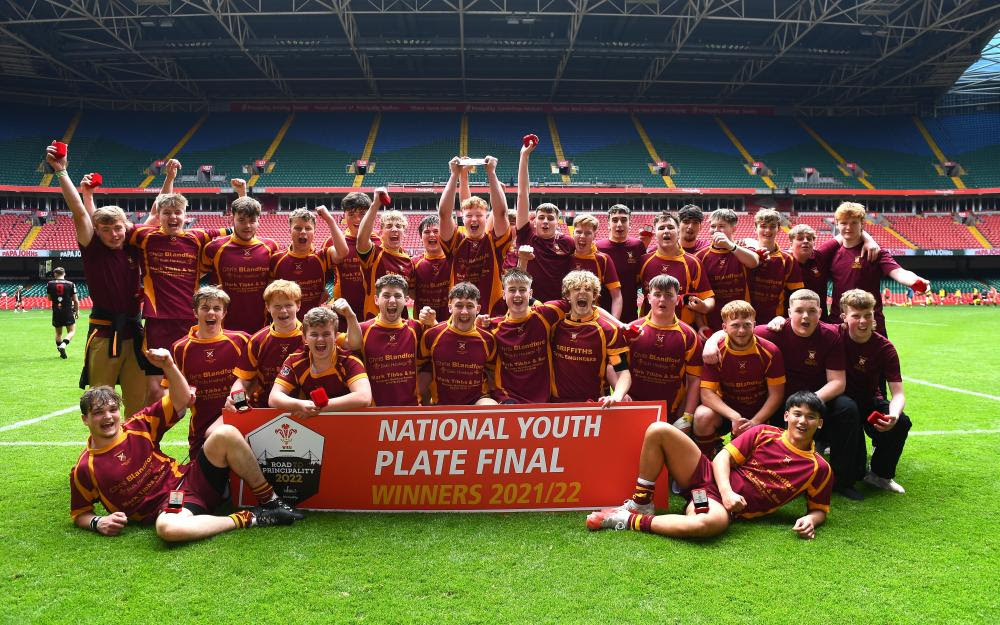 MORE teams than ever before will be able to achieve their dream of playing at Principality Stadium following a revision of the WRU National Cup competitions.

Following on from the highly successful ‘Road to Principality’ event last season, where there were stand alone finals for the Premiership and Championship clubs, as well as the normal Plate, Bowl and Shield competitions, WRU’s Competitions Committee has re-vamped the structure to create seven finals instead of five following a comprehensive Competition Review.

“We undertook a thorough review of our competitions at the end of last season and were greatly encouraged by the reaction of the clubs to the new cup format. We therefore decided to expand the offering to give more teams the chance of reaching a showpiece final,” said WRU Competition Committee chairman, Colin Wilks.

“The timing of the group stages and the ‘cross league’ nature of the five divisional tournaments brings extra spice and will mean teams will play against other clubs of similar standing. That should enhance the quality of the rugby and make the competitions more even and more exciting.”

The 12 clubs in the Indigo Group Premiership will be split into four pools with the pool winners then qualifying for the semi-finals. They will once again play for the WRU Challenge Cup, which will be back up for grabs for the 49th time 50 years on from when Neath became the first winners back in 1972.

Last season Newport beat Aberavon in a thrilling Indigo Group Premiership Cup final at Principality Stadium, while Neath crowned their 150th anniversary campaign with a win over Bargoed in the Championship final.

For the 2022-23 season, the Championship Cup will be run on a knock-out basis. The six winners of the opening round games will then go into the hat with Neath and Ystrad Rhondda, who have byes, to create four quarter-final matches.

Last season’s winners of the Plate (Penallta), Bowl (Llanharan) and Shield (Tonna) will all be included in the new structure for the National League teams. They will compete in five different cup competitions which will bring together all the clubs in each tier of the structure.

Initially, the clubs will compete in groups before going into a knock-out phase to determine who goes to the Welsh capital at the end of the season. Only the group winners will make it through to the knock-out phase.

All groups will kick-off on 17 September, with the Championship Cup launching on 15 October. The finals will be played at Principality Stadium in dates to be agreed in April, 2023.

HOW THE NEW WRU NATIONAL CUP COMPETITIONS WILL WORK

7 competitions – Premiership Cup, Championship Cup, Division 1 – Division 5 Cup: each Division will have their own respective competition

The winners of each group then qualify to the knockout stages of each respective Competition.

“As we emerged from COVID restrictions last season the nine days of finals on the ‘Road to Principality 2022’ proved an outstanding success. The engagement with fans was incredible, not just at Principality Stadium, but via social media and on our live streams of every game,” said Geraint John, the WRU’s Community Rugby director.

“Our challenge moving forward was to respond to the desire of the community game to get the chance to play at the home of Welsh rugby. That’s why we decided to revise out National Cup competitions and devised the new framework.

“The club cup finals will be inter-woven with the Women’s, Youth, Schools and Mixed Ability matches that proved so popular last season to create some real showpiece events at Principality Stadium that will celebrate everything that is good about our national game.”