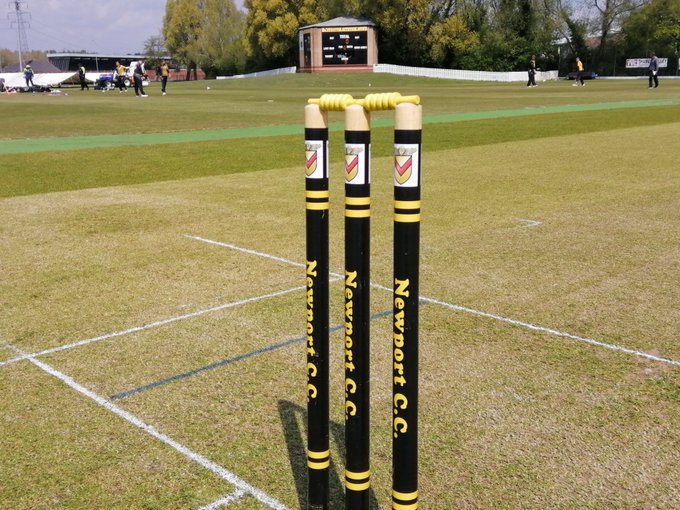 A CENTURY from Newport’s Imran Hassan wasn’t enough to give his side victory against Mumbles on Saturday (May 1), as they fell short of their target by 21 runs.

Newport won the toss and elected to field and despite reducing Mumbles to 61-4, a fifth wicket stand of 164, set the visitors on their way to a total of 275-9.

Aneurin Norman and Max Phillips then took over matters for Mumbles as their excellent stand turned the game around.

Norman smashed eight fours and five sixes in a knock of 105 from 125 balls before eventually being caught off the bowling of Zac Essenhigh.

Phillips hit nine fours and a six in his score of 82 before he fell to Mujahid Ilyas.

Phillips left with the score on 258-8 and Newport bowled well to allow only two further boundaries.

It meant that Newport needed 276 to win the game and they made a steady start to their reply.

Mujahid Ilyas made a score of 34 with a four and two sixes before he was run out by Ben Jones and Mark Wallace fell to the bowling of Jack Straw.

Morgan Bevans was also run out by Chris Matthews and when Josh Waughington was bowled by Phil Roche, Newport sat on 127-4.

Imran Hassan and Michael Clayden then shared 109 runs for the fifth wicket to keep his side in the game.

Hassan hit 11 fours and a six as his score of 104 came off 98 balls but he was then caught by Straw off the bowling of Rahul Shah.

Shah also took the wicket of Clayden, who reached 47, as Mumbles hit back.

He then took two further wickets to restrict Newport and they could only reach 254-9 from their 50 overs.