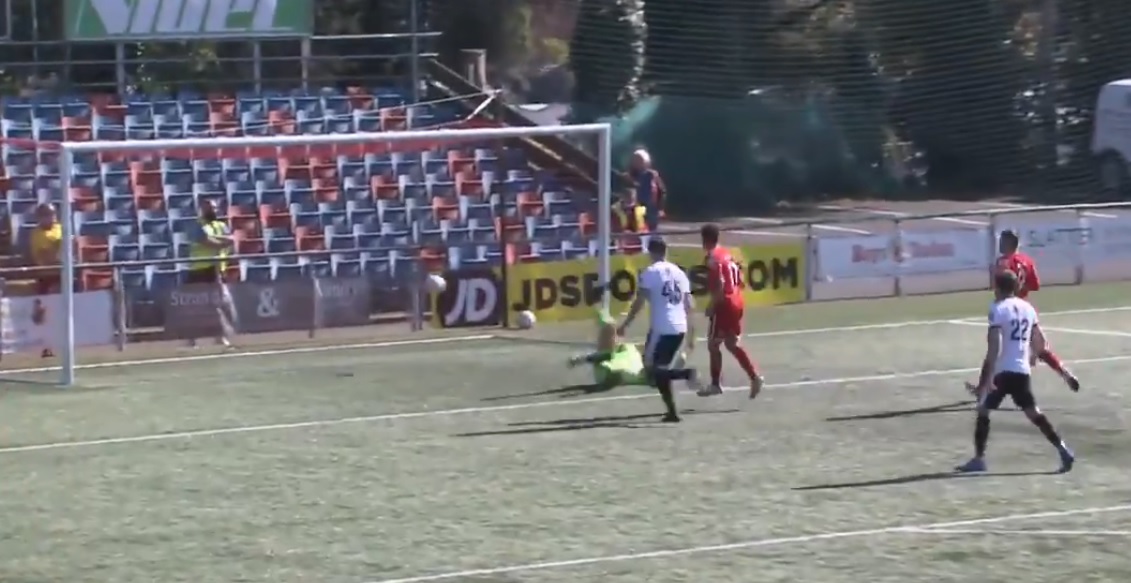 NEWTOWN moved to the top of the play-off conference in the JD Cymru Premier on Saturday afternoon (Apr 24) after they thumped Cefn Druids 5-0.

The Robins started the game well and had a chance in the third minute when Craig Williams sent a corner into the box but James O’Neil headed the ball over the bar.

After early Newtown pressure the Druids began to get themselves into the game and on twenty minutes Stefan Edwards sent an inviting ball into the box but no player could get on the end of it.

Alex Darlington then sent the ball through for Charley Edge who crossed into the box but Josh Green was inches away from getting a touch on it.

On 26 minutes, a mistake by Darlington let in Tyrone Ofori but he could only send his shot wide.

With half an hour gone it was the home side who took the lead. They won a series of corner and from the second one, Shane Sutton headed home.

The Druids looked to respond and came close a minute later but Joe Faux’s shot was saved by the Newtown keeper.

Five minutes before the break it was 2-0 to the home side as Jordan Evans sent an excellent free kick into the back of the net.

It remained 2-0 at half time and despite being behind the Druids were still confident they could get something out of the match.

They enjoyed a good spell of pressure at the start of the second half as Faux and Naim Arsan went close.

On the hour mark, another sloppy pass allowed Ofori in but he saw his shot hit the bar.

Six minutes later Joe Faux sent a cross into the box for sub Bradley Knight who headed down towards goal but Dave Jones made the save.

The Druids continued to search for a way back into the game but as they committed men forward they were vulnerable to a counter attack from the hosts.

That came to fruition on 71 minutes as Newtown broke with James Davies fining sub Nick Rushton who found the back of the net to make it 3-0.

With eight minutes to go, the Druids were reduced to ten men when Iwan Cartwright, who had only been on the pitch less than half an hour, was sent off after appearing to stamp on a Newtown player.

They were punished immediately as Jordan Evans scored to make it 4-0.

Jamie Breese then had a chance for the hosts before in injury time, James Davies added the fifth to complete a big win.