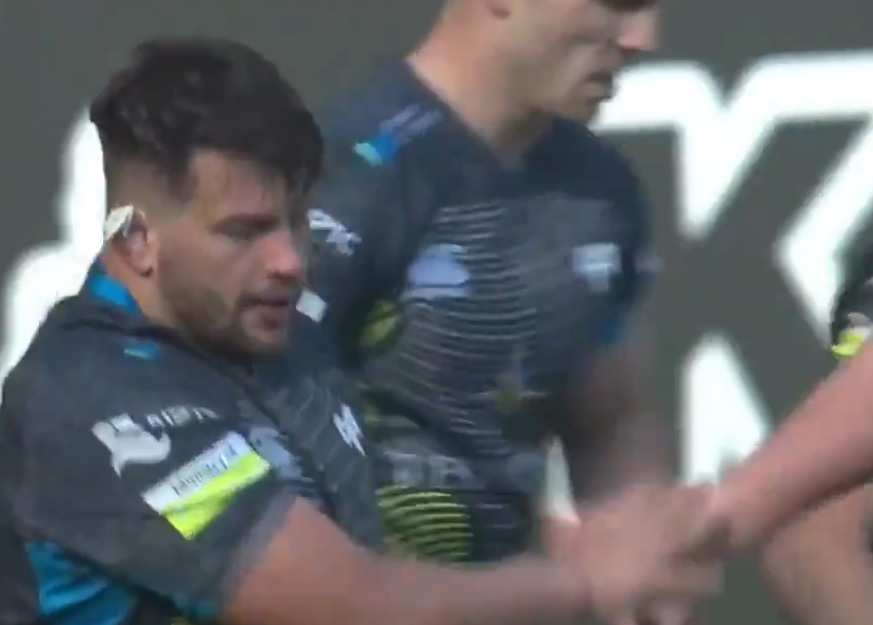 THE OSPREYS bowed out of the Challenge Cup on Saturday (Apr 3) as they suffered a narrow 4-points loss against Newcastle Falcons.

Keiran Williams scored a try for the home side with only nine minutes gone as he crossed over out wide. The conversion from Luke Price made it 7-0 to the hosts.

Four minutes later they had their second try of the game as Dan Evans went over before Price again added the extras.

Evans’ try was his 50th in an Ospreys jersey.

Ospreys Captain Justin Tipuric was then yellow carded meaning the home side would finish the half with 14 men.

They made their advantage count and within a minute they had pulled a try back when Trevor Davison went over. Brett Connon added the extras to make it 14-7.

On the stroke of half time, the Falcons were back level as they were awarded a penalty try.

Adam Beard was shown a yellow card meaning the Ospreys would be down to 13 for a brief period at the start of the second half.

It also meant that the visitors were level with the score standing at 14-14 at half time.

With thirteen men on the field for the opening minutes of the second half they faced an uphill task to keep the Falcons out.

They tried but three minutes in the Falcons scored their third try as they ran the ball well to touch down and the conversion made it 21-14 to Newcastle.

Justin Tipuric then returned to the field and a minute later he almost had the home side back in the game. However, the try was ruled out after the TMO spotted a forward pass in the build-up.

Beard then returned to the field and soon after they did pull some points back as Price sent a penalty through the posts.

The hosts made a number of changes on 63 minutes but three minutes later the visitors extended their lead again with a try under the posts. The conversion made it 28-17 going into the final ten minutes.

With eight minutes to go, Ospreys powered back up field and Tom Botha got on the scoresheet as he touched down under the posts. Price added the extras to make it 24-28 with plenty of time to play.

And just a minute after, the Falcons were reduced to 14 men as captain Mark Wilson was shown a yellow card.

Despite being a man light for the rest of the game, the Falcons held on to seal their place in the next round of the competition.

Plaid pledges indyref and 'most radical programme since 1945'

Game on for full crowds at Six Nations