Over 250 club shirts on display for Wales v England game 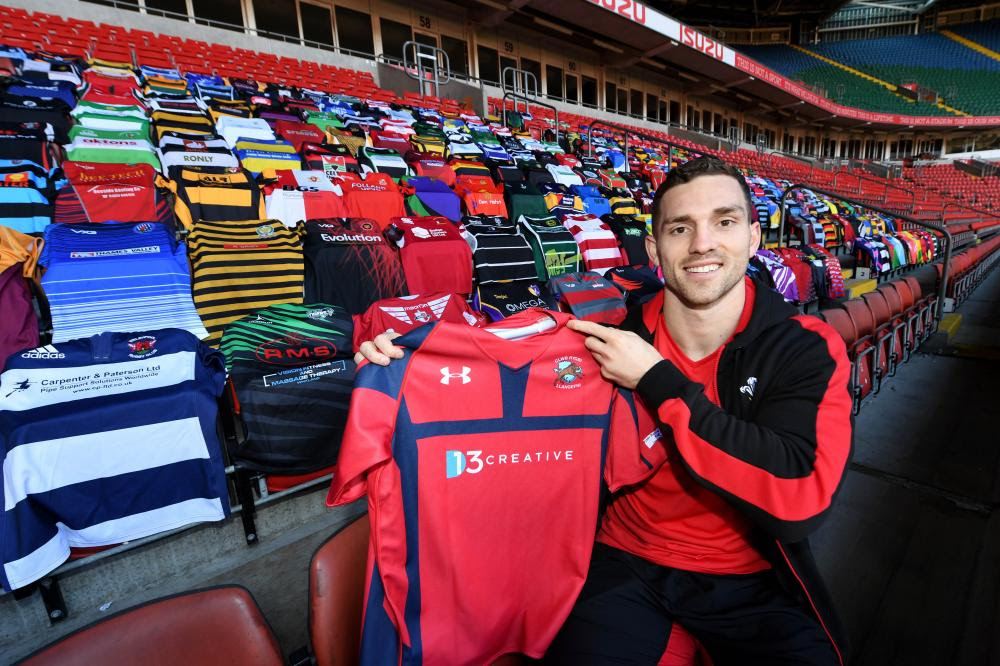 George North with a Llangefni shirt

MORE THAN 250 rugby shirts have been placed on display at the Principality Stadium, ready for today’s game with England.

The shirts have come from clubs across the country, including one from Llangefni, where the 100-cap winning George North began his rugby career.

North made a touching tribute to his first club as he took time from the captain’s run for a photograph with a Llangefni shirt which has been placed amongst the other club shirts.

It has been a difficult week for the club and the wider community after 34-year-old player Huw Gethin Jones tragically died after COVID-19 complications.

North, who was brought up on Anglesey said: “It is fantastic to see all the club jerseys taking pride of place in the Principality Stadium. We all have a special bond with our clubs and I’m proud to see Llangefni up in the stand.

“It is even more poignant this week with the tragic news of Huw’s loss. It is a great shock to everyone and our thoughts and prayers are with his family and friends.”

Clubs, Female Hubs, Universities and mixed ability teams were invited to send in a shirt to represent the community game at the match and show their support for the National Team in the absence of being there in person.

WRU Community Director Geraint John said: “We know how much the clubs would like to be at the stadium themselves, and equally how much the players would welcome their support. In displaying the jerseys, we hope to bring the clubs and National Team together – while apart.”

There will be shirts representing Wales’ starting XV – from Wyn Jones’ Llandovery to Liam Williams’ Waunarlwydd, with an Ospreys shirt representing Tomas Francis’ first Welsh club. The jerseys of Trimsaran, Glamorgan Wanderers and Rhiwbina have been placed together in honour of former Wales captains Jonathan Davies and Sam Warburton, due to commentate on the match for BBC Sport.

Virtual Ride to The Rugby for Tŷ Hafan

Wales looking for third win in a row against England

TNS ease to win over Aber