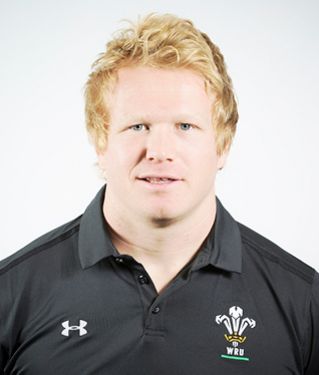 Led by the vastly experienced Luke Treharne, Wales play Korea in the pre-round on Friday and if successful will enter the second round where they will face regular foes on the world series, Fiji on Saturday.

“It is a completely different format compared to the HSBC World Rugby Seven series,” explained Pugh.

“With 24 teams, in a sense it is a knockout format – the top eight teams are automatically in the second round already whereas the bottom 16 have a play-off to get into the second round.

“We’ve drawn Korea – they are a team that have been performing well on the Asian Games. They sent a younger squad to the qualifier last month, so we didn’t learn much from them there.

“Fortunately we have got people like Paul John with Hong Kong, giving us the low down on them. We don’t know much about them but the footage we have got shows they pose a lot of threats across the park, so we have to focus on them first before even thinking about Fiji.”

Wales will enter the World Cup buoyed by a rare victory against South Africa in the last tournament on this year’s world series in Los Angeles. Wales showed composure and a steely resolve in defence to record a narrow 10-5 victory, just the third in history between the two sides.

“I was chuffed for them – they managed to string a real solid performance together in what was a real professional performance,” said Pugh.

“To do a job against them and then against Scotland in what was a real tight battle where there was a lot at stake in terms of British pride was great to see.

“It was a real tight tussle and could have gone either way so we were pleased with the day two efforts in the way we bounced back because we had a tough second half against Ireland earlier where we were in it all the way before we dropped off in the second half but that is the way it goes.”

Pugh, who was part of the victorious Welsh side who stunned the world in 2009 when being crowned world champions, admits it could be an emotional roller coaster as Wales, along with Scotland and England, will form part of a combined Great Britain side from next season which means competing at the highest level as a sole country will become less frequent.

“We’re looking forward to the challenge ahead, but it’s going to be an emotional one. Wales in the World Cup, on the big stage, it’s going to the last time we see Wales on the biggest stage for at least three or four years and we want to do ourselves proud.

“We’ve got a history in this game where we are only one of four teams that have won the men’s sevens World Cup and it is special to have the Melrose Cup on our sleeves so we want to do our history proud and we want to go out and represent our country to the top of our ability and we’re excited to do that for what could be the last time in a while.

“It’s all about the boys enjoying the experience, that’s what we did in 2009, we embraced it and were confident in what we did and it brought out the best in us and I just want the boys to get the best out of themselves by expressing themselves.”