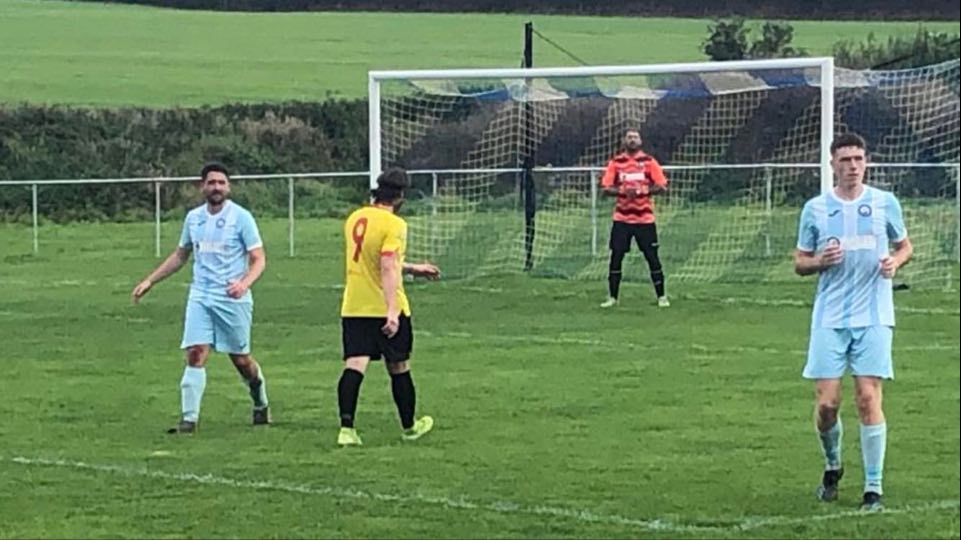 MUMBLES Rangers travelled to near neighbours and West Wales Premier League rivals South Gower on Saturday (Sept 25) and came away with a 4-2 win.

Rangers were forced into a few line-up changes for this fixture which included a debut appearance for their new forward signing from Llanelli Town, Ricky Kerr

Mumbles Rangers got a grip on this game after 38 minutes played when Elliot Smith broke away on the left flank and got passed the full back to place a precision cross of the ball into the path of his Captain and striker Christian Allen who provided the finish to give his side the lead. 0-1

So at half time it was Rangers who held the advantage in this game.

The second half saw Rangers double their advantage after 70 minutes when they were awarded a free kick.

Up stepped Rangers Declan Banfield who floated the ball into the South Gower penalty area. Rangers centre back Liam Brown rose majestically to meet the crossed ball and powered his header past the helpless South Gower goalkeeper Terrence Fitzpatrick, 0-2.

However South Gower reduced the deficit three minutes later when referee Jeffery Moore awarded the home side a penalty. South Gower’s Bruno Morris scored from the spot kick to make it 1-2.

Rangers restored their two-goal cushion minutes later when Elliot Smith broke through beating two defenders with his run on goal and finished his good work by rifling his shot into the bottom corner of the South Gower net, 1-3.

To their credit South Gower came back at Rangers and it was Bruno Morris who got his second goal of the game in the 82nd minute of the game with a good finish, 2-3.

Rangers’ response was immediate with debutant striker Ricky Kerr picking up the ball in the 82nd minute and going on an individual mazy run cutting one way and then the other before shooting the ball into the bottom corner of the net, giving the home goalkeeper no chance of stopping his effort.

No more goals for either side and at the final whistle it was Rangers who celebrated their second away win of the season maintaining their unbeaten record.

Butcher re-elected as Chairman of WRU board