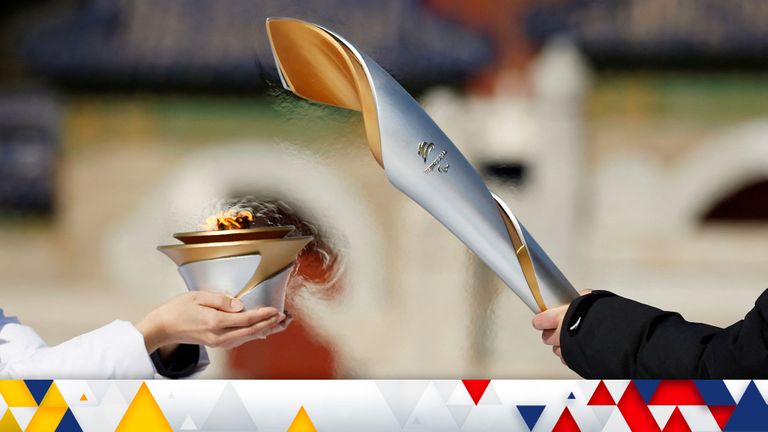 Russian and Belarusian athletes are allowed to compete at the 2022 Winter Paralympics as neutrals following Russia’s invasion of Ukraine.

The 2022 Winter Paralympics are set in Beijing – just as the Winter Olympics were – with the opening ceremony on Friday.

The IPC (International Paralympic Committee) have announced Russia and Belarus will “compete under the Paralympic flag.”

Additionally the two nations will “not be included in the medal table.”

The IPC will also hold no events in the two countries “until further notice.”

“The IPC and wider Paralympic Movement is greatly concerned by the gross violation of the Olympic Truce by the Russian and Belarusian governments in the days prior to the Beijing 2022 Paralympic Winter Games.

“The IPC Governing Board is united in its condemnation of these actions and was in agreement that they cannot go unnoticed or unaddressed.

“In deciding what actions the IPC should take, it was fundamental that we worked within the framework of our new constitution to remain politically neutral.

“Such neutrality is firmly anchored in the genuine belief that sport holds the transformative power to overcome our shortcomings, and summon from within us the best of our humanity, especially in the darkest of moments.”

As a result of Russia’s actions, the IPC have stated they will host a vote later in 2022 to decide whether following Olympic Truce is a membership requirement.

They will also look at whether breaking it should result in suspension.

Depending on the outcome, the IPC will decide whether to terminate Russia and Belarus’ memberships.

“Now that this decision has been made, I expect all participating NPCs to treat the neutral athletes as they would any other athletes at these Games, no matter how difficult this may be.

“Unlike their respective governments, these Paralympic athletes and officials are not the aggressors, they are here to compete in a sport event like everybody else.”

Over the last week, Ukrainian athletes, the International Olympic Committee and the British Olympic Association called for all Russians to be excluded.

The opening ceremony Friday will aim to promote a “message of peace.”

On Monday, FIFA and UEFA suspended the Russian international football team and Russian football clubs from ALL competitions.

Due to this, Russia have been ELIMINATED from the World Cup.

Russian domestic sides have also been kicked out of Champions League/Europa League spots.

The movement was assisted by nations like Sweden, England and Wales announcing they would not face any Russian opposition.